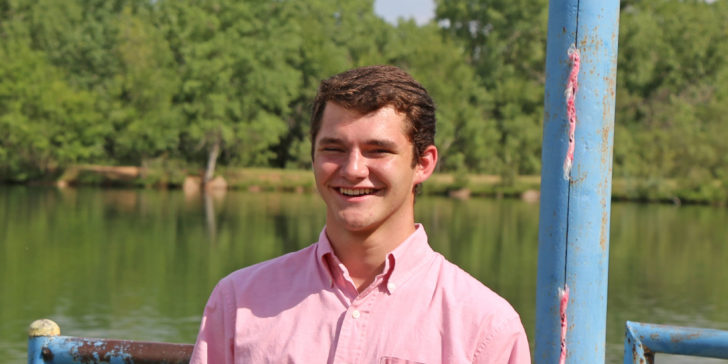 “It helps me a lot to know there are a lot of people in the same situation I’m in,” Chris, said of his peers at Cal Farley’s Boys Ranch. “I learn from them … I learn by example.”

A newcomer to life at Boys Ranch, Chris arrived this summer, but he’s already learning how good it is to be, well, good.

It might just be the best Christmas present Chris could give his family — and, himself.

Chris was born to his biological mother when she was 15 — the same age Chris is now. Being so young, and without her baby’s father to help, Chris’ mother was far from prepared to raise a son. Years of turmoil and neglect ensued. Relatives adopted Chris at 4 years old. At the time, he was undernourished and had rotten teeth after being raised on a steady diet of candy and soda. From ages 4 through 6, merely passing a vending machine in public could throw Chris into an all-out tantrum.

With only the best intentions, his adoptive parents set in place the same sorts of rules or standards that any parent might: 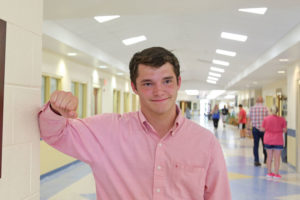 Get a good night’s sleep.

Don’t watch too much television.

The more structure they placed on Chris’ life, the more he pushed back, even to the point of self-destruction. Chris once tried to run away, jumping out of second-story window and breaking his ankle in the attempt.

After years of this sort of back and forth, his parents felt like they had hit a wall. They couldn’t get through to Chris. With high hopes, they sent their son to a facility near their home in Tennessee.

“They didn’t care about you,” Chris remembered of the experience. “They just wanted you to act right.”

After returning home a year later, however, Chris fell right back into his old patterns. But, this time, there was one key difference: Even Chris could now see his behavior was a problem.

As important as that realization was, though, Chris was at a loss to exercise the self-control needed to change it. When a family friend shared his personal experience as a Boys Ranch alumnus, Chris and his family agreed Cal Farley’s offered the right balance of structure and opportunity.

“I was excited to come here … I want a happy life,” Chis explained. “That’s why I’m trying to fix it now; so that out in the real world, I know what I’m doing.”

Like most young people his age, Chris enjoys playing video games at the Dippel Activity Center, playing basketball, socializing and being a part of the track team.

Though his time at Boys Ranch is just getting started, Chris is proud of the progress he’s made so far. And, he’s even more excited by what is yet to come.

“My attitude’s getting better. I’m not lying as much. I’m making friends,” Chris said. “If you need help, this is a good place. They’ll help you with anything. I needed help learning to obey and stop lying, and they’ve shown me how — and I’ve only been here a few months.”

According to the Anxiety and Depression Association of America, one in eight children suffers from anxiety. This likely isn’t news to parents.

And, among the most daunting of personal fears for children is being the ‘new kid’ in school or another social setting. While older children often are better at hiding these fears, the impact of suddenly being thrust into an unfamiliar environment can be daunting for young people of all ages.

← Rayjne: Learning that you can always start over
Clayton: A lost sheep, found →