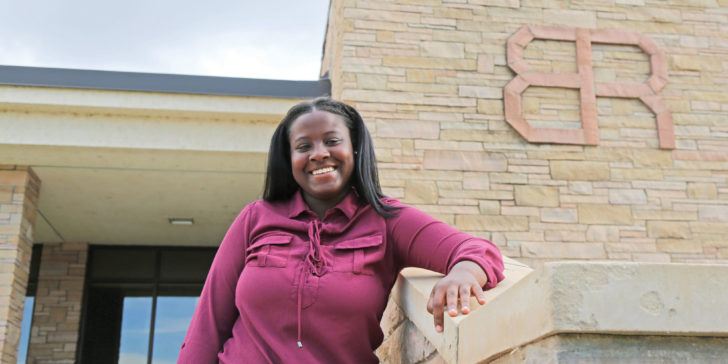 “Growing up, I felt like no one loved me and they all wanted to judge me because I wasn’t with my real family,” Rayjne, 16, remembered. “I felt like I didn’t get the love that they got, having parents.”

Removed from a home that saw more drug activity than familial love and compassion, Rayjne was adopted at age 3 along with her biological brother. Because their parents frequently faced legal entanglements or were incarcerated, the siblings’ adoptive mother felt it best if the children not have contact with them. Instead, she lovingly enveloped the two youngsters into her existing family. This worked for a while, but as Rayjne grew older, so too did her curiosity about her roots.

“I would be irritated with my mom all the time, because I wanted to see my family,” she explained. “I didn’t think it was right to keep me away from them.” 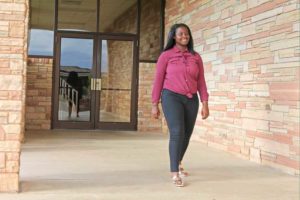 Rayjne didn’t comprehend the reasons behind her mother’s decision, that she was only trying to protect her daughter from heartache. Rayjne nursed a powerful dose of resentment, convincing herself that her mother must not truly love her. Her emotions began spilling out in her behavior: She began skipping classes, wouldn’t do her schoolwork, refused to participate in family time and would come home hours after curfew. Despite her mother’s best efforts, Rayjne persisted in her disobedience and disrespect.

Finally, one night, overwrought with emotion, she ran away. Just hours into her self-imposed exile, Rayjne realized she had gotten in over her head. It wasn’t quite quick enough, though. When she returned home, the police were at her house — alongside her grief-stricken mother.

“My mom was angry, but more surprised because she didn’t think I would ever do something like this,” Rayjne said. “She was scared. She thought I was going to get kidnapped, or run over or even raped.”

Her mother’s fear and concern were enough to break through Rayjne’s haze of emotion.

“At the time, I was mad and didn’t fully understand, but I knew, ‘Wow, she really loves me and she cares about me,’” Rayjne recalled.

It was at this same moment both mother and daughter realized Rayjne needed more help than her mother knew how to give.

“I was getting out of control,” Rayjne said.

Rayjne’s uncles had once been at Cal Farley’s Boys Ranch, so the family already knew Rayjne could find the support she needed here. Her first day on campus went a long way in convincing her, too. 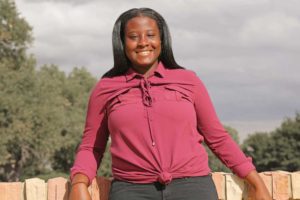 At Cal Farley’s, we know a sense of belonging increases each child’s confidence. In turn, this confidence helps them experience improved social interactions, establish a support system for guidance and advice, fosters their ability to work with others, allows for compassion and increases their sense of security.

For Rayjne, the acceptance she’s discovered at Boys Ranch is doing just that — helping her grow and improve. Rayjne remembers a time this principle became very real to her, right after a conversation with her house mother about the importance of respect.

“I realized that even though I hadn’t listened to my mom, I could start over,” she explained. “I could be respectful and not take advantage of what I had.”

This do-over, this second chance, for Rayjne is never more evident to her than in her relationship with her mother.

“We actually talk now,” Rayjne said, explaining she can now envision a future in which the two of them are close. “It’s amazing!”

“
They’re just accepting you for who you are.