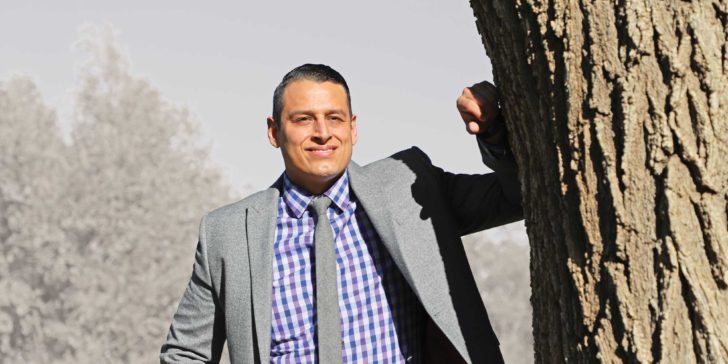 Now 35, Clayton was just 6 years old when he first came to Cal Farley’s Boys Ranch. Having suffered physical and emotional abuse prior to coming to us, Clayton called Boys Ranch his home for the decade that followed.

“Going out to Boys Ranch at such an early age, everything I essentially learned in life has been from Boys Ranch,” he explained. Clayton credits his Cal Farley’s upbringing with teaching him all kinds of responsibility — from education and social skills to living a moral life and demonstrating personal responsibility. 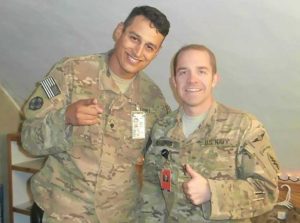 After leaving Boys Ranch, Clayton joined the Army Reserves, and completed a particularly difficult tour of duty in Iraq. When he returned from his overseas deployment, Clayton left the service behind. He had no place to call home, and no idea what he was going to do with the rest of his life.

Cal Farley’s stepped up, helping Clayton find an affordable place to live and even helping him get back into school.

But, the truth is, Clayton was still fighting a war. He may have defeated terrorists and insurgents in Iraq, but he now faced a new enemy. Sadly, it was one of his own making.

“When I came back from Iraq, I was really, really drinking a lot, to the point where I was almost killing myself,” Clayton remembered. 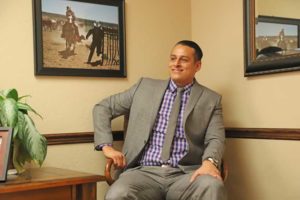 As it became apparent that Clayton was struggling with alcoholism, Reeves and her team did everything they could to help him, sometimes going far beyond the call of duty to help a young man they knew will always be part of the Cal Farley’s Boys Ranch family.

“God led us in a direction where we were able to help Clayton so he could get healthy again,” Reeves said. “This particular situation has always reminded me of the story in Luke of the lost sheep. Clayton was lost, and we needed to find him – so he could find himself again.”

Attitudes like Reeves’ aren’t hard to find at Cal Farley’s. That dedication not only makes our staff more effective in their roles, it looks out for our young people’s interests and offers them a welcoming shoulder, even after they’re all grown up.

“What I’ve learned over the last 30 years of my life is that regardless of how old I am, where I am, or what I’ve done, Boys Ranch is always going to be there for me,” Clayton said.

Clayton has been sober for seven years now. He’s completed both an associate and a bachelor’s degree. And, he’s even started working toward his master’s degree in financial planning.

When Uncle Sam called up Clayton again, this time to Afghanistan, it was an altogether different experience for him.

“My last deployment, I really tried to embrace being there,” Clayton explained. 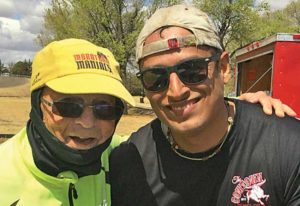 And, embrace it he did, from working with locals and learning about their culture, to catching up with another Boys Ranch alumnus who was stationed there, to participating in his all-time favorite hobby, long-distance running. Clayton has competed in quite a few marathons — 42, to be exact.

Clayton discovered this love for long-distance running at Cal Farley’s, where cross-country running remains a long-standing legacy enjoyed by many of our young people.

“In a way, I feel like I’m carrying on that tradition,” Clayton said.

Yet, it’s more than tradition that calls him to the starting line.

“It comes down to that sense of achievement and being able to overcome an obstacle,” Clayton said. “That’s always been my life. I’ve always had to overcome something to achieve what I want.”

Clayton may be no stranger to obstacles, but his experiences at Boys Ranch and with Reeves and her team afterward have helped him become a young man who is no longer afraid of them.

“I like challenges. They make you a better person,” he explained. “I’ve always been a person that strives to do my best. If there’s an obstacle, then I always know I can overcome it.”

← Chris: Learning by example
Cain: Discovering the gift of change →