Cain: Discovering the gift of change

“Probably my favorite gift I ever got was coming here,” Cain said as he thought about the upcoming Christmas season, the first he’ll spend at Cal Farley’s. “Boys Ranch has helped me a lot.”

Cain, 12, isn’t your average child. When he thinks of Christmas and sharing gifts with his family and Boys Ranch friends, his thoughts don’t immediately go to toys or games. Even at such a young age, Cain’s focus is broader and more enduring than such mere trinkets.

“If I could give one gift to someone, it would be for my friends Todd* and Alex* to have a better relationship with their dad,” Cain said, explaining the difficult circumstances of two of his Boys Ranch peers. “Their dad never calls them, and doesn’t really do anything for them.”

Even when Cain’s mind does drift to more tangible gifts, he’s more thankful for the motivation behind the present. One of his favorite Christmas gifts was a trampoline from his grandparents. 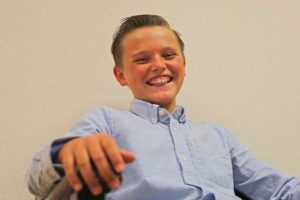 “Even though my behavior was terrible, my grandparents still thought of me and gave me something,” Cain said with a smile.

The trampoline Cain so fondly recalls was a Christmas gift he received last year, just months before coming to Boys Ranch. It was a tumultuous time for Cain. He was reeling from discovering the identity of his birth father, a man he’d previously known as his uncle, and the painful realization his father didn’t want to be a significant part of Cain’s life.

“I found out my whole family had been lying to me for 10 years, basically,” he explained. “After that, I started having anger problems.”

Cain resented the secret-keeping, and was hurt by his father’s lack of interest — issues that still plague Cain. Yet, this discovery wasn’t the only upheaval in his life. Cain was in the center of a custody struggle between his half-brother’s grandparents and his biological grandparents.

Years earlier, Child Protective Services had removed Cain, his half-sister and half-brother from his mother’s care as she battled a troubling personal addiction. The officials behind the move had expected Cain’s biological grandparents’ home to be a safer and more stable environment. When that wasn’t the case, the state again moved the children. This time, Cain and his siblings went to live with his brother’s grandparents. 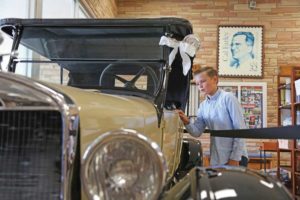 Cain found relative peace in their home, the first he said he’d ever known. To this day, Cain sees his brother’s grandparents as his own. The much-needed peace they provided, however, was short-lived. Cain’s biological grandparents missed him and his sister, and wanted visits with their grandchildren. It sounded like a good idea; no one wanted to keep the children from their loved ones.

Unfortunately for everyone involved, the impact of those visits only made Cain’s behavior worse.

“My biological grandparents thought if they could get me and my sister to act bad, that my brother’s grandparents would look bad, and it could be a way for them to get us back,” Cain explained.

Urged to view his caretakers as the enemy, Cain increasingly acted out. He lied more, manipulated others and, sometimes, just gave in to irrational emotional outbursts.

“My lying and everything went up to Level 1,000,” Cain admitted, sheepishly.

This went on for close to a year, all the time intensifying, until his grandparents had exhausted everything they knew to restore sanity to their home. For his part, even Cain could see he needed help. He was angry, hurt and no longer had any idea who he could trust.

Cain’s grandparents sought help for him. They tried counseling without success. When another facility turned them away, the family found Cal Farley’s arms wide open. 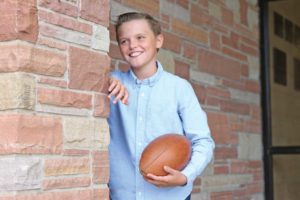 Cain has been at Boys Ranch for about seven months now, and says he already is finding help with his emotional needs.

“A lot of people can relate to you here,” Cain said.

Cain knows he still has a lot to learn. But, he’s excited by the opportunities Cal Farley’s Boys Ranch gives him to overcome behavioral challenges like those angry outbursts.

“Take a deep breath,” Cain said, demonstrating one technique. “Think about it before you do it.”

There are, of course, a lot of mixed feelings about his biological family, too, many issues left to be resolved. Yet, Cain has already gained a very mature way of looking at his life so far.

“I know that everything God does is for a reason, and everything will play out eventually,” he said. “I still kind of thank my biological grandparents, because I wouldn’t be here except for them.”

* Todd’s and Alex’s names have been changed to protect their privacy.