Ben: A new life under construction

“
Life is like this. Each day, you put one ornament on your tree in how you live. And, finally, you get to the end and you put the star on. That’s when you’re done, that’s when you’re complete.

It was a striking contrast.

The tall figure bent over the workbench, carefully placing the tiny processing chip into the circuit board. Piece by piece, the computer took shape.

Ben, 15, smiled. Before long, his work would be ready to tackle all the computing his rocket-building peers at Boys Ranch could throw at it.

The real contrast, though, is the sense of satisfaction Ben derives from applying his talents for someone else’s enjoyment — a marked change from the behavior Ben once displayed.

“I was extremely selfish,” he acknowledged.

As long as Ben can remember, he’s been fascinated by technology. Yet, Ben’s expression of his need to experience, to learn, was troubling. 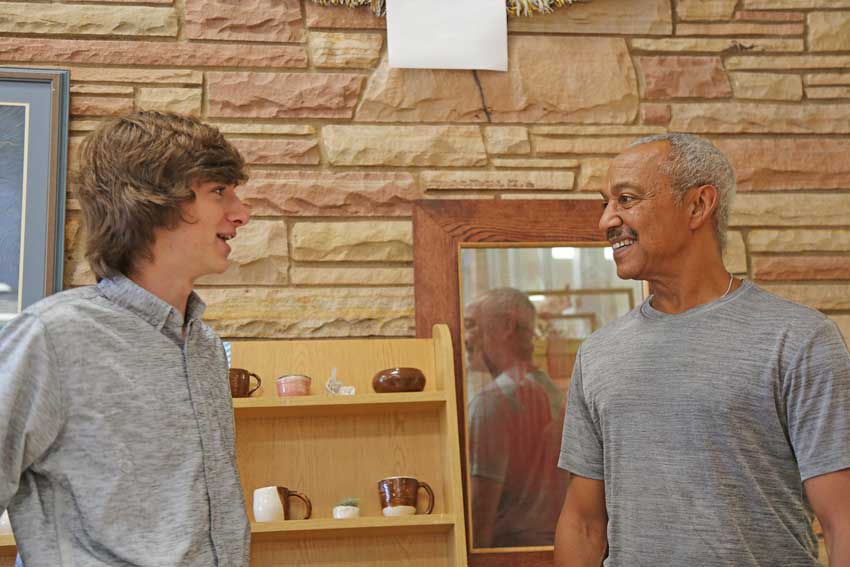 “I didn’t know how to control those impulses,” the Fort Worth, Texas, native explained. “It led me to just taking things from family members, from stores — stealing.”

“I was going down the wrong path, and it became a huge concern,” Ben said. “My family didn’t know what to do.”

Many a small child has had his or her hand gently tapped by a loved one as a first lesson in the Eighth Commandment. Yet, Ben wasn’t a toddler learning not to take others’ things. He was a teenager, seemingly unable to control his impulsive behavior.

“Thinking back, it hurts to think about what I did,” Ben reflected.

It hurts, because Ben knows all too well the mistrust his behavior built with his family. He knows his lack of motivation in school wasn’t creating a very promising future. And, he knows his resentment toward his stepfather won’t bring back the father who one day just walked away.

Yet, Ben’s grandmother knew something, too. For years, her family had supported Cal Farley’s. If Boys Ranch could help so many others, surely they could reach Ben, too.

In a year at Boys Ranch, Ben has built strong relationships, particularly with a houseparent couple.

“They are a big part of my life now, and I put my full trust in them. They’re good cooks, and they listen.”

They aren’t the only people Ben is close to at Boys Ranch. 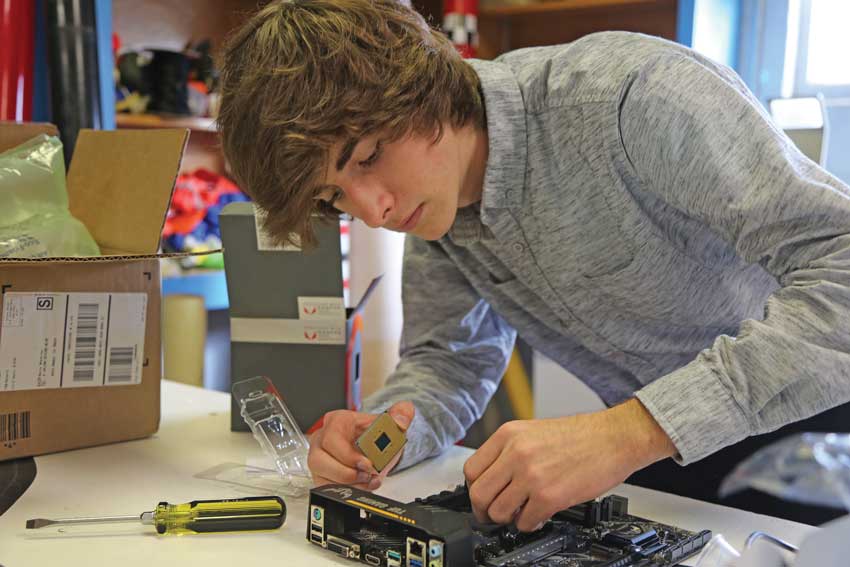 Wheatley helps Ben apply his technological interests in healthy ways. Under his guidance, Ben and his peers explore the inner workings of computers, build robots and even launch rockets more than three miles into the air.

Drawing on these experiences, Ben hopes to one day attend Rice University to study, naturally, computer science. He even has his sights set on a career as a software engineer for tech giant Google©.

It’s a lofty dream for a young man who came to Boys Ranch struggling to apply himself in school.

“I just didn’t put much effort into school at all, and, now, I’m making straight-As,” Ben smiled. “I’m in all honors classes now.”

Ben has made some progress since coming to Boys Ranch. Yet, for all that forward momentum, there’s one goal he knows just takes time.

“I’ve seen some pretty dramatic shifts in my relationships with my family,” he said. “Once I go home this Christmas, I can finally apologize to them and tell them how much I love them and how much I appreciate their caring enough to send me out here.”

As Christmas approaches, Ben said his fondest wish would be to give his family back his childhood years. Only, this time, he’d want them to see a son who isn’t resentful or dishonest. He’d want them to see him experience the world again with a childlike wonder truly befitting the Spirit of Christmas.

“Life is like this,” Ben said. “Each day, you put one ornament on your tree in how you live. And, finally, you get to the end and you put the star on. That’s when you’re done, that’s when you’re complete.”

PrevCain: Discovering the gift of change
Alexis: There’s a reason for everythingNext