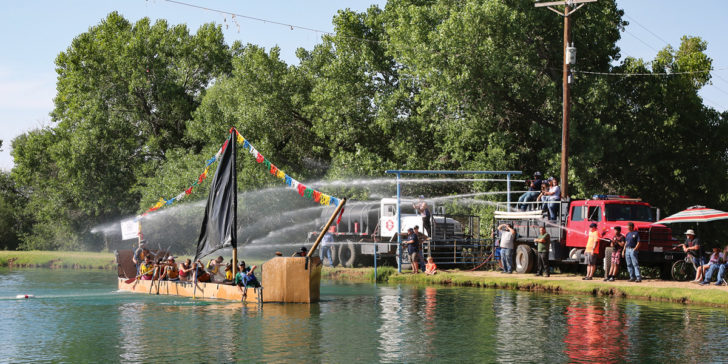 It all began with an idea.

Way back in 2007, the boys living in Rafter R Home wanted to go canoeing. Unfortunately for them, not only was it the middle of February, but a particularly cold winter had frozen the surface of the lakes around Boys Ranch.

There was always the indoor swimming pool, but the canoes might damage the pool’s tile lining. Luke Benton, director of Cal Farley’s Adventure-Based Services team, wanted to capture the boys’ excitement.

“What about building our own boats out of cardboard?” he suggested.

Benton’s simple idea gave birth to an 11-year tradition that today involves the entire Boys Ranch campus each summer. Children of all ages spent anywhere from months to just a few days crafting their creativity into literal cardboard creations.

So long as waterproofing materials like plastic and duct tape are kept within established limits, anything goes. This year, science fiction icons seemed to be in fashion, as both R2-D2 of “Star Wars” fame and the starship Enterprise from “Star Trek” made an appearance.

Our adventure staff, along with nearly a dozen youth, dreamt big, crafting a 44-foot-six-inch-long craft, complete with a garbage-bag sail. Their cardboard cruiser eclipsed the previous record holder, which itself came in at an unbelievable 31 feet long.

While the competition is fierce to see who can create the wildest design or whose boat will hold out water the longest, Carter, 10, reminded everyone what this tradition is all about:

“Just let the people watch you,” he said, “and you’re all going to have fun.”

View photos from past races 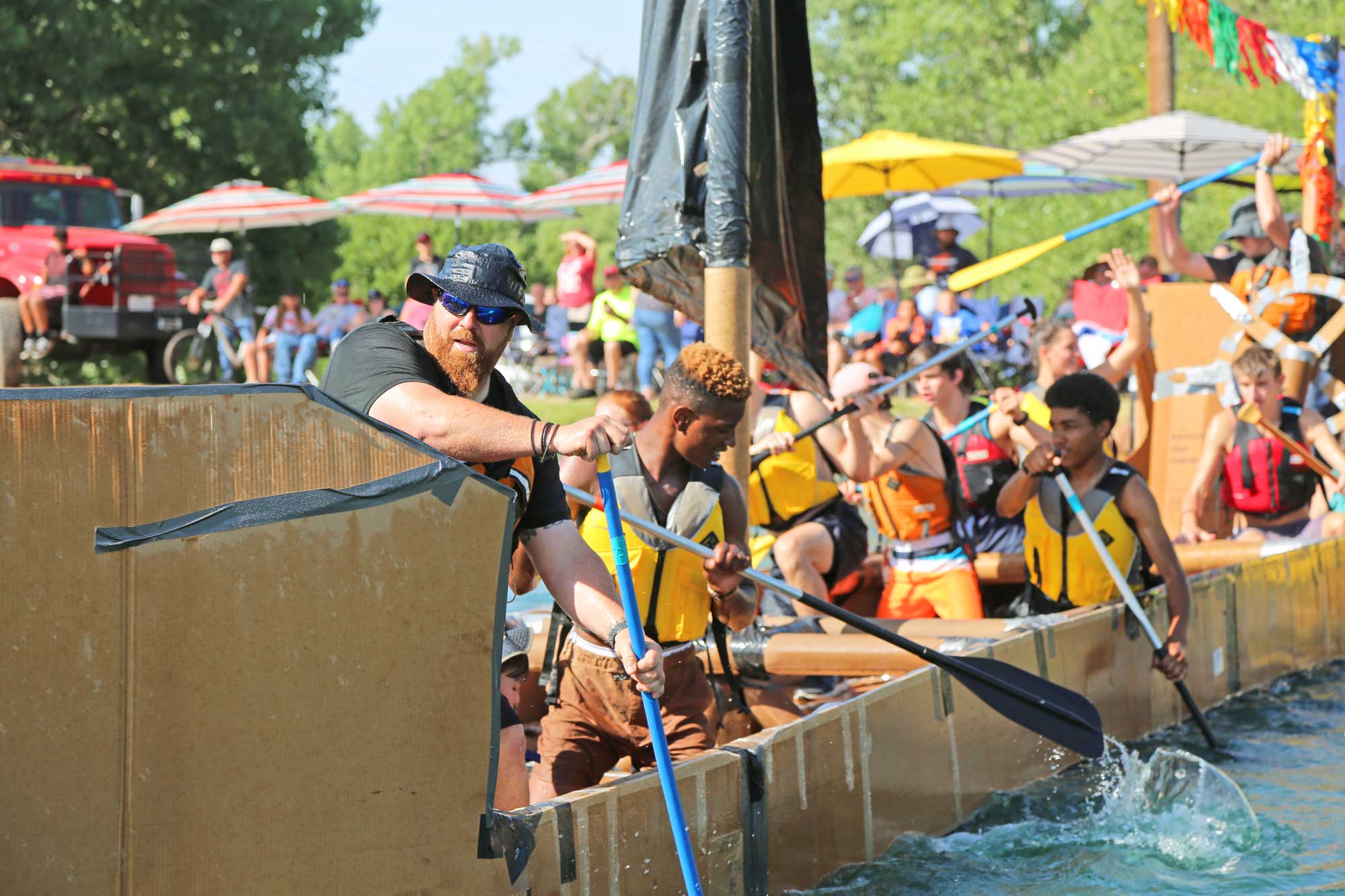 Today was the 11th annual cardboard boat races at Cal Farley’s Boys Ranch. The race is hosted by the Boys Ranch Adventure program as a way …