What is experiential learning?

Cal Farley’s Boys Ranch strives in everything we do to provide nurturing and healing to the hurting children we serve. The time they spend in a campus environment that emphasizes faith in God, participating in their community and superior education equips our young people with the emotional tools and real-world training to become eager learners and productive workers long after they’ve left our campus.

Among the ways young people living at Boys Ranch learn the skills they’ll need to obtain and maintain a successful career is the Experiential Learning Program, or E.L.P. Through E.L.P., our youth are exposed to a broad range of vocational fields, from traditional trades like woodworking or horticulture, to the latest high-tech fields such as robotics and rocketry. In E.L.P., Boys Ranch youth learn invaluable skills and participate in positive mentoring relationships through intentional educational courses.

E.L.P. is designed to foster a young person’s innovation and provides a more individualized learning experience. It also raises our young people’s awareness of the near-limitless number of careers available to them after they leave Boys Ranch.

Youth participating in the program learn in small teams, working together toward common project goals. This process creates an atmosphere of camaraderie between youth and staff, which reinforces the work being done with our youth in other areas of their life at Boys Ranch.

Beyond learning skills and building relationships, though, youth in E.L.P. receive certifications that reflect their achievements in their chosen area of study. These industry certifications prove valuable both as a tangible symbol of their accomplishment, and make our young people more desirable to post-secondary educational programs or potential employers after they leave Boys Ranch. Young people who came to Boys Ranch feeling worn down by life or limited by their past circumstances leave us empowered to accomplish great things!

This kind of success doesn’t happen by accident. Caring Boys Ranch professionals have designed a very specific curriculum to provide our young people with practical vocational knowledge in an environment that reinforces the six key values embodied in Cal Farley’s Model of Leadership and Service: safety, belonging, achievement, power, purpose and adventure.

So, who participates in the Experiential Learning Program?

To be in the program, a child must be at least 14 years old (older for some programs) and be judged by his or her youth care team to be ready to handle the responsibility involved. Younger children can join Experiential Learning Clubs, which expose them to a variety of program areas. Youth who want to participate in a given area go through an interview process. This serves two key purposes: First, it allows the child’s care team to ensure he or she is prepared to take on the challenges of the program he or she has chosen. Second, the question-and-answer process allows our youth to learn professionalism and interview skills that will help them when the time comes to apply for a job in their adult lives.

More than 20 courses comprise the E.L.P., including fields like agriculture, automotive, equine, engineering, culinary and more. Each is led by dedicated staff who have the professional knowledge and skills to provide our youth with the real-world skills to succeed in a career within that field. E.L.P. inspires Boys Ranch youth to find success within their Boys Ranch community, but also encourages their long-term success as independent young adults.

Feven is from Golden, Colo. She’s lived at Boys Ranch about a year, and has made lots of friends and done many exciting things. When Feven grows up, she wants to be a reading teacher.

“Reading is my favorite subject,” she said.

When Feven is old enough, she wants to be a part of Boys Ranch Experiential Learning Program, or E.L.P. Feven said she wants to learn about rocketry in the Emerging Technology Lab.

“I want to … be the person who’s launching the rockets,” Feven said.

Until she’s old enough, Feven plans to join a learning club designed to prepare younger children like her for the hands-on learning programs available at Boys Ranch.

Feven especially looks forward to “seeing the rockets get launched.” As Feven learns about building rockets, it will be fun to have younger children like her watch her launches and be inspired, just like she is now.

“When they grow up,” Feven explained, “they might want to do it themselves.” 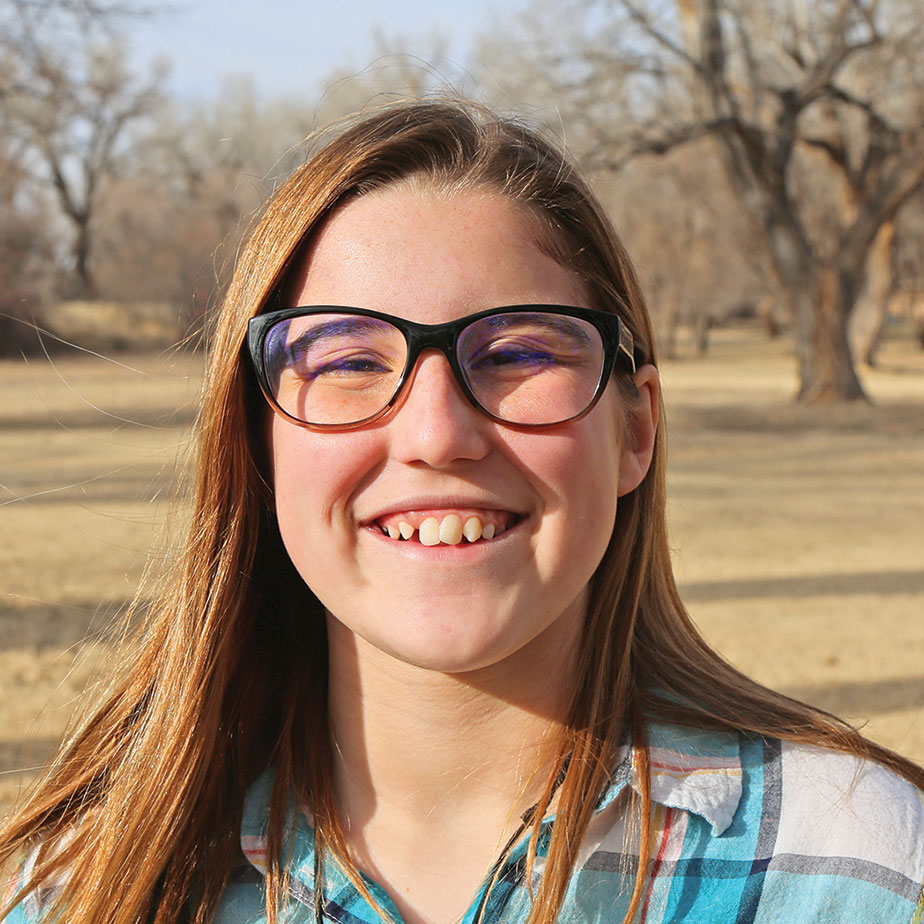 Makenna has learned a lot in the year-and-a-half she’s lived at Boys Ranch.
“I’m reading a lot about cells and science,” she said.

That’s just the thing for an aspiring wolf biologist to do. But, Makenna recently read something else that helped her decided what Boys Ranch Experiential Learning Program area she’ll one day be a part of.

“It actually started when I read a … newspaper,” Makenna explained. “It was about this boy who got a prosthetic hand from a 3D printer. I thought ‘that would be cool, I’d love to try that out sometime.’ When I learned they had that out here, I was on my knees begging!”

Makenna understands the E.L.P. helps youth like her gain understanding in an area of interest, so she can better decide whether to pursue a career in that field one day. 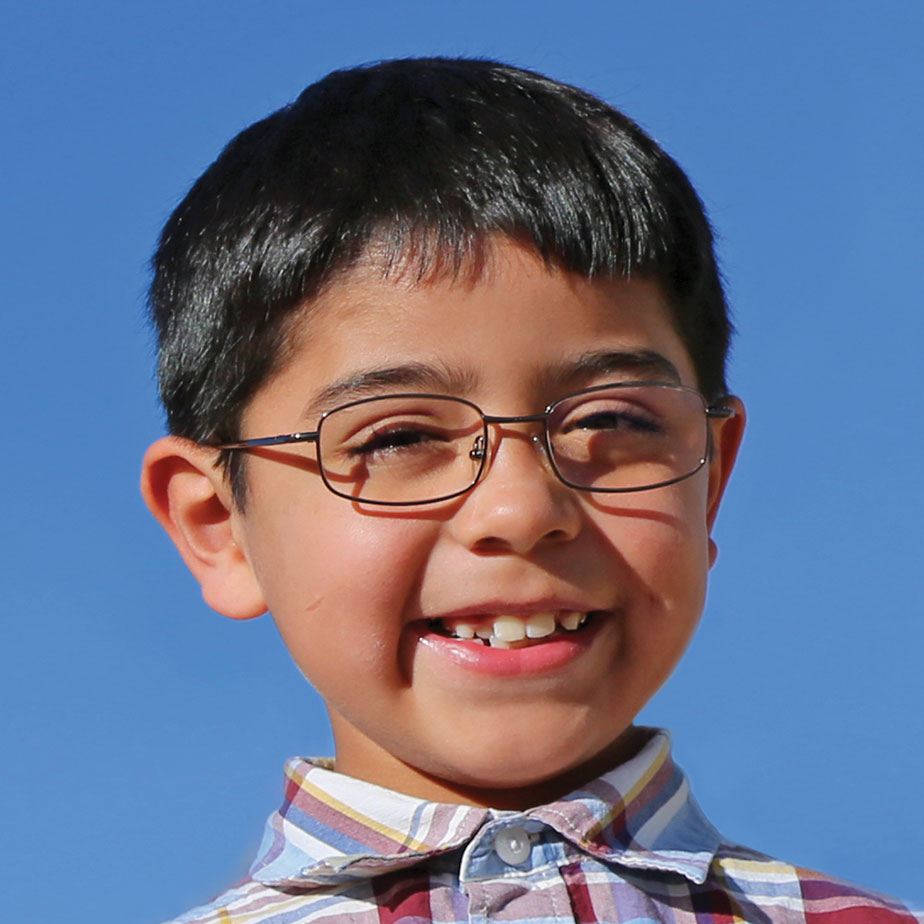 Isaac is still very new to life at Boys Ranch. He’s lived at Boys Ranch a little more than six months and, like any boy his age, he’s drawn to the many fun activities available to our youth.

“I want to play football, basketball, (build) rockets — and tennis!” he said, his voice the epitome of youthful enthusiasm.

Such activities are all part of the experience of living at Boys Ranch. Through organized activities like sports or an experiential learning club, young people like Isaac learn to relate with others and how to build relationships that help, rather than harm, their development.

One of the things Isaac enjoys most about his experiences at Boys Ranch so far is that he gets to help others with something they may not understand.

“You tell them about stuff if someone needs help,” Isaac said. 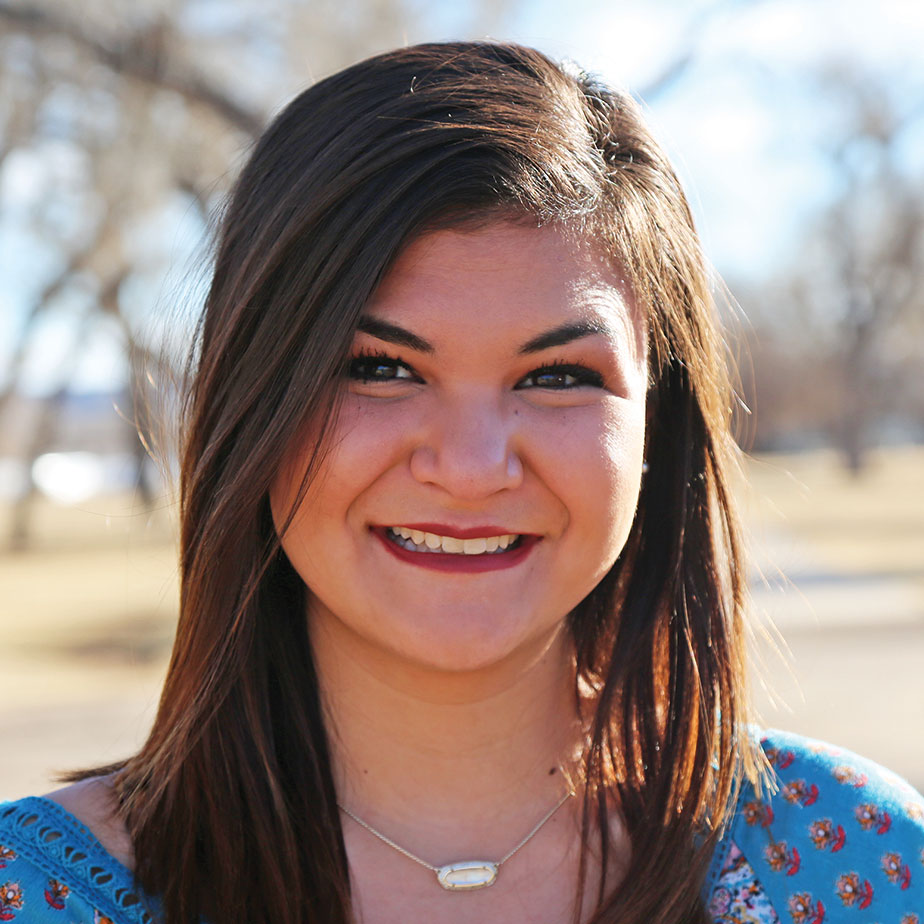 Taryn, 17, has spent two of her three years at Boys Ranch learning in the campus horse program. The high school senior plans to attend college in the fall and pursue a career in the agriculture or equestrian fields.

“It’s taught me a lot of responsibility and a lot of time management,” she said. “You learn how to manage your time according to your schedule throughout the day.”

Taryn’s taken on a lot of responsibility in the horse program, but she said being around the horses is something she looks forward to each day.

Taryn may find the horses relaxing, but she’s nonetheless driven to give her very best to the responsibility entrusted to her. When a project seems overwhelming, Taryn said her time at Boys Ranch has taught her to tap a well of inner strength she once didn’t realize she had.

“No task is too big for you to accomplish,” she said. “If you put your mind to it, you can get it done.”

That can-do attitude, honed and strengthened at Boys Ranch, surely will serve Taryn well as she pursues her dreams. 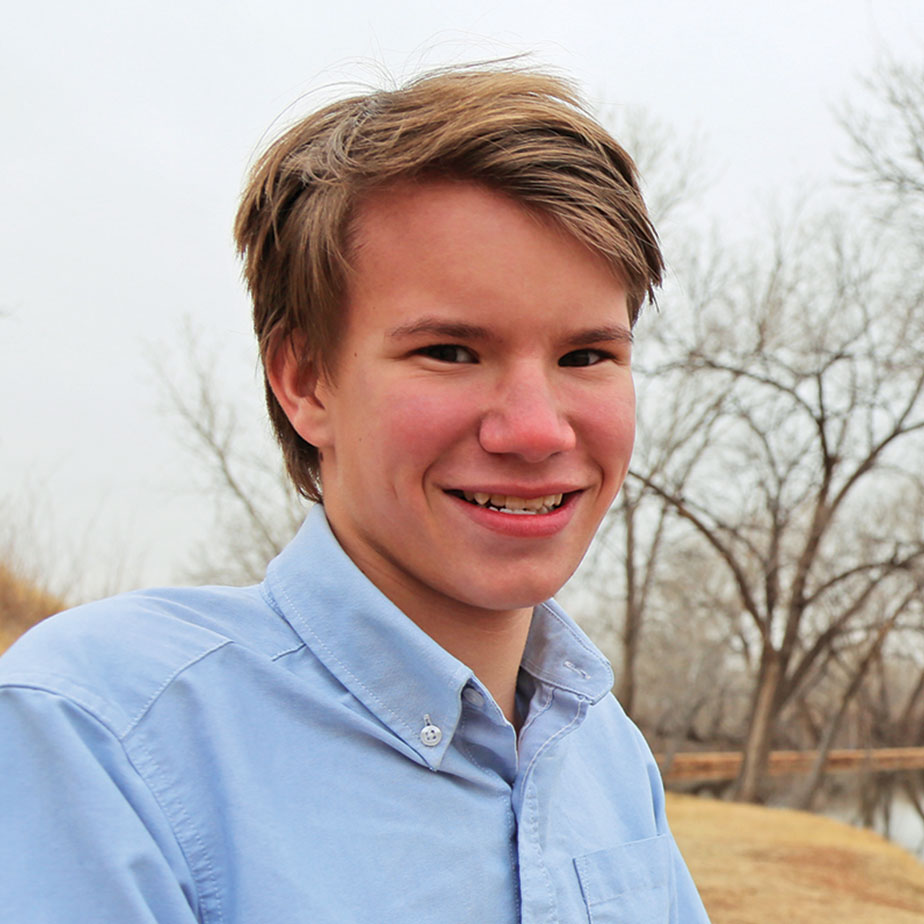 “I fell in love with 3-D design and printing,” said Coleton, 14, explaining what makes Boys Ranch Experiential Learning Program so significant to him.

Developing projects with computers is an exciting process for Coleton as he sees his designs come to life through machines that can cut and print his creations from steel or plastic. It’s known as digital and computer fabrication, an industry in which he hopes to one day make a career.

“There are a lot of jobs that would need IT, a tech person,” he explained.

For more than six months, about half the time he’s been at Boys Ranch, Coleton has been learning in the Science, Technology, Engineering, Art and Math Lab, or S.T.E.A.M. for short. Learning here has helped Coleton see how the skills he learns in school will help him create the future he wants for himself. As he progresses within the class, he’s also earning industry certifications that show he is prepared to begin a career or degree program after graduating from Boys Ranch.

Equally important, Coleton’s experiences in the S.T.E.A.M. Lab have helped him look for new approaches to complex problems. That’s a skill he said he now applies in other areas of his life, too.

“Sometimes, if I’m sitting in math class and I can’t figure something out, I try to find a new angle to solve the problem,” he explained. 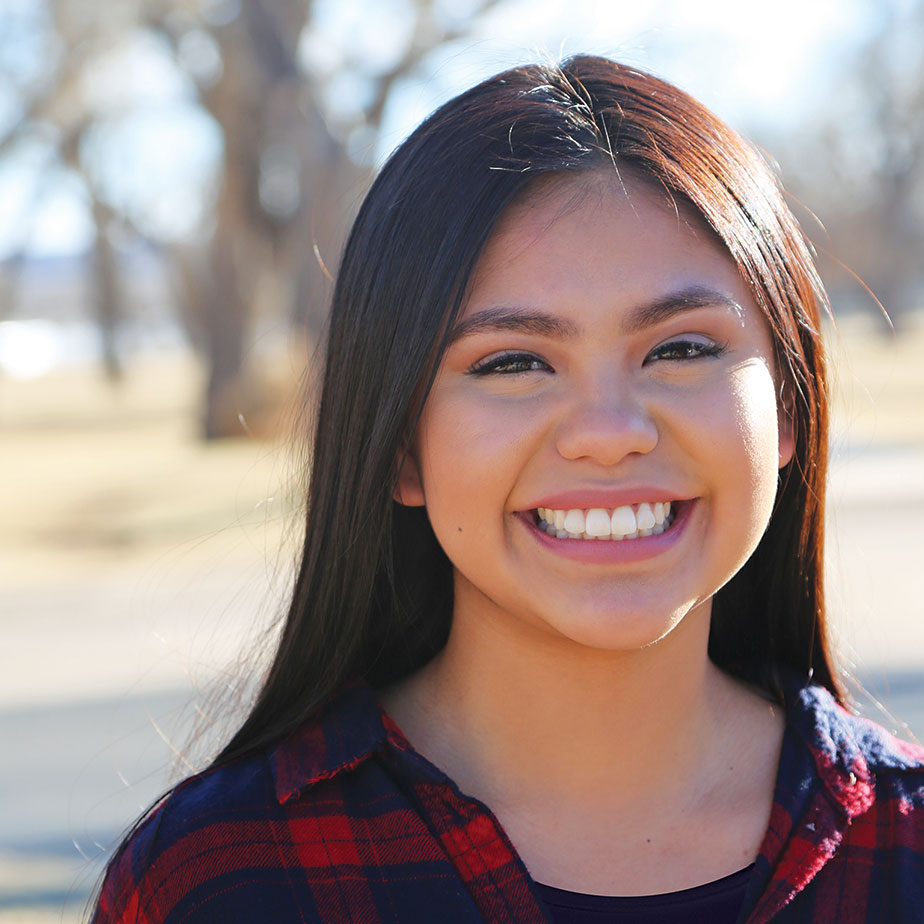 Fatima, 17, has been at Boys Ranch less than a year, but her participation in E.L.P. has helped her catch on to one of the most important goals of life at Boys Ranch, healthy interaction between youth and their peers or mentors.

“I love being around the people in the photography club. It’s just like a little family,” she said. “I love it.”

When she began her E.L.P. experience, Fatima expected to learn a lot, but she also found it to be an exciting, collaborative, learn-as-you go experience.

“I thought it was going to be more serious,” Fatima recalled. “(Instead, my E.L.P. mentor) gives me the rundown of what he wants, and then I … get to make it happen.”

The high school junior enjoys still photography, but much of Fatima’s focus in E.L.P. has been in non-linear video editing. She and a peer are busy creating a stop-motion video that follows a fictional marshmallow’s comical misadventures.

Fatima said her participation in E.L.P. — like all her experiences at Boys Ranch — has made a major difference in an area of her life where she particularly needed the help.

“(What I’ve learned) helps me … talk to more people, (improve) my confidence,” she said. “It’s helped me be more independent.”

PrevTaylor: A life worth fixing
Julie: A template for successNext