Vacation Bible School full of lessons on faith and fun

Children at Cal Farley’s Boys Ranch consistently get the best things needed for healthy spiritual development. A special example of this for our preadolescent age residents is the annual Vacation Bible School offered each summer.

“VBS was amazing!” said Issac Holland, a chapel immersion program specialist and Iona intern. “With the current COVID protocols, the chapel staff had to make a few last-minute adjustments to how we would normally do VBS, but even with the adjustments everything went so smooth.”

This year’s VBS focused on the book and story of Exodus.

“It was our hope during this VBS, we could give the kids some deeper knowledge of this story,” said Jessie Kendall, also a chapel immersion program specialist and Iona intern. “We want the children to understand God is faithful to His promises, even if in a moment it doesn’t seem like it,” Kendall said.

Given the experiences detailed in the book of Exodus, showing Boys Ranch youth God is faithful to His promises seems like a perfect fit.

“We shared with the children the heroic story of Moses and the ‘adventure’ the Israelites were on as they fled Egypt, went into the wilderness, crossed the Red Sea, went into the desert and then ultimately arrived at The Promised Land,” Holland said.

The trials and triumphs of the Israelites were conveyed through Bible lessons, memory verse exercises, crafts and snacks. The children also watched the movie “Prince of Egypt”.

“We incorporated fun relay games that were tied to the Exodus story,” Holland said. “The day that we focused on the Red Sea and how God split the sea in half so the Israelites could escape the Egyptians, we ended the day with water activities. The children played on a slippery slide and with water squirt guns.” 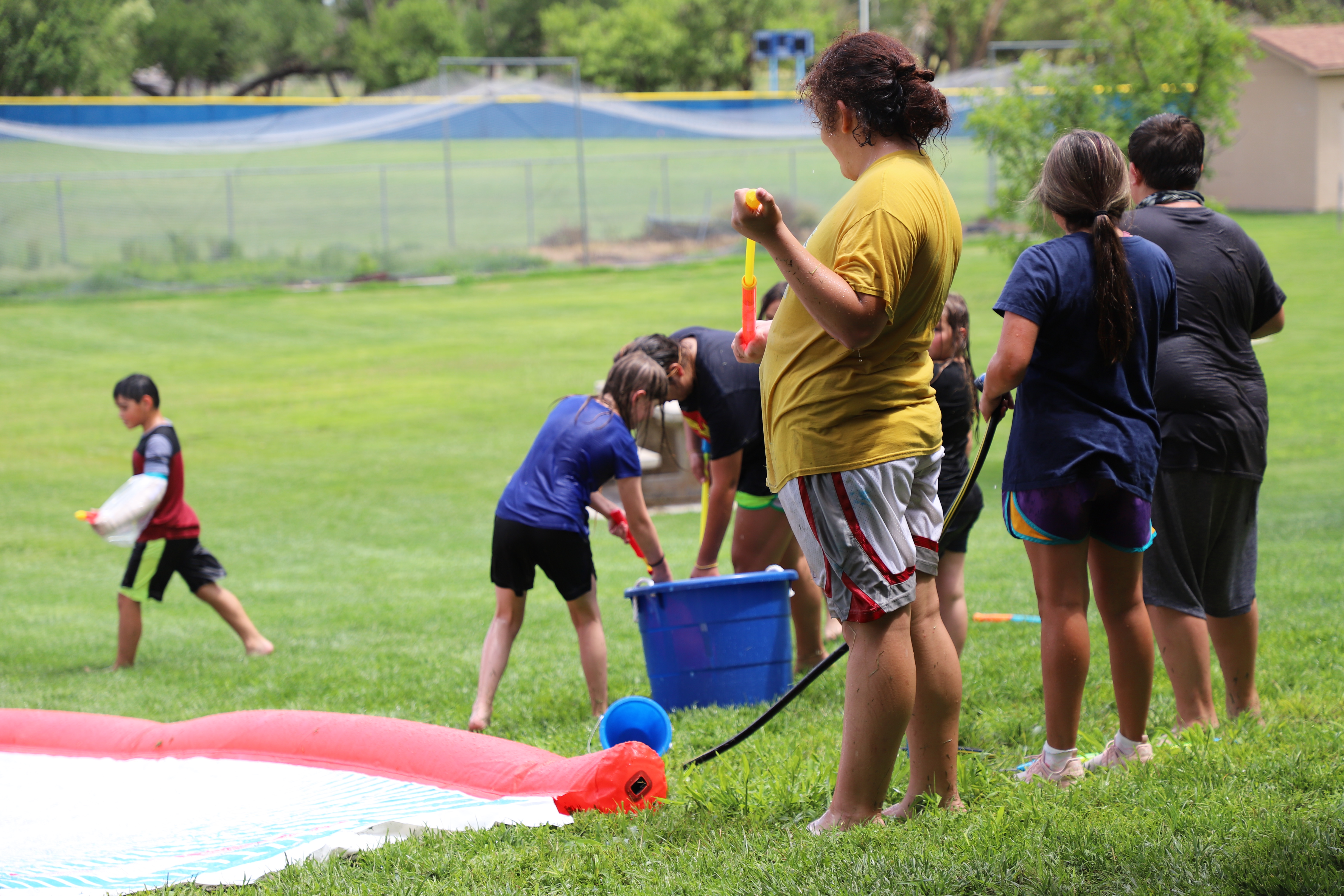 According to Mike Wilhelm, Senior Chaplain at Boys Ranch, VBS plays a special part in a child’s life.

“First, it is an annual celebration,” Wilhelm said. “Meaningful traditions and celebrations like VBS impart joy and give a sense of value and community. Second, the week-long immersion in Bible stories in a creative, sensory-rich environment helps teach important principles of the Christian faith.”

Mentors like Holland and Wilhelm see the big picture. For young people like Isaiah, 10, VBS is a time to have lots of fun.

“I liked the Marco Polo game where we said ‘Israelites’ and they would say ‘Pharoah,” he said.

His house brother, Robby, 11, said his favorite thing about VBS was learning about Moses and the burning bush.

“It shows God’s mighty power when the fire didn’t envelope the bush,” he said.

Kelsea Roberts, another new Iona intern, said VBS provided an opportunity for her and the other Ionans to connect with the children.

“Since we don’t have devotionals in their homes right now because of the Coronavirus precautions, this gave us an opportunity to see the children and meet them.” Roberts said.

The Ionans always come to be great mentors and friends to the children they serve at Boys Ranch.

“Whenever I met Jessie and Kelsea, I was really excited to do fun things at VBS with both of them,” said Hannah, 11, as she posed for a picture standing between her two new friends. 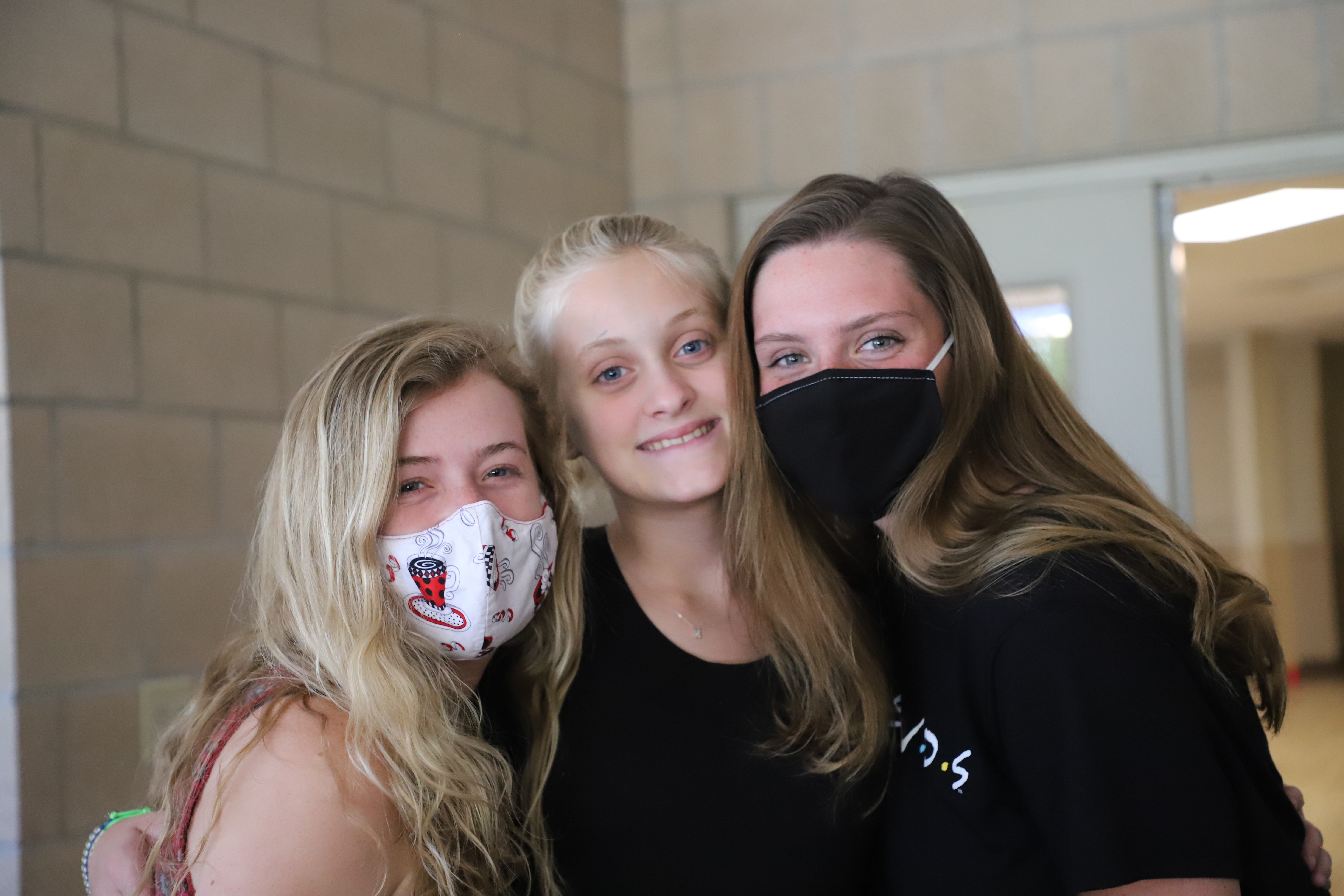 Roberts was part of a group from a church in Boulder, Colo., who came to Boys Ranch the last several years and worked with the Iona interns to conduct VBS. Due to COVID-19, the church group was unable to travel to Texas this year.

“I was here last year with my church and helped lead VBS,” Roberts said. “That’s how I originally got connected at Boys Ranch and learned about the Iona program. Getting to help with VBS this year brought back sweet memories and showed me what made me fall in love with Boys Ranch to begin with.”

Typically, new Iona interns arrive in June. They are young adults in their twenties who commit to spend a year at Boys Ranch doing prayerful service. They stay together and pray together while conducting a meaningful array of youth ministry services.

“Our Iona interns come to us each June to grow in the Christian faith by praying, learning, and serving,” Wilhelm explained.

By the time VBS is held, typically in mid-July, the Iona group will have received two weeks of childcare training, one week of Bible-orientation focused on interpretation and more than a month of praying together as community.

“The conduction of VBS is our Ionans’ first opportunity to collaborate and plan together, integrating everything they’ve been learning in the training room,” Wilhelm said.

Through prayerfully-prepared events like VBS, Wilhelm contends young children are not only hearing ‘about’ God’s stories — they become part of God’s story.