Children of every age at Cal Farley’s Boys Ranch have had a wide array of activities to participate in all summer long. Some are educational activities, and others are just for fun. This week, staff from the Don Harrington Discovery Center in Amarillo, Texas, were at Boys Ranch to present the final of four programs in a summer series of science related programs for the children.

Thornton opened her presentation by shaking a can of soda pop and pointing it toward the audience. Some held their hands up over their faces, in fear of being soaked. Then, she asked the Boys Ranch children to tell her how they would calm down this ready-to-spew can. 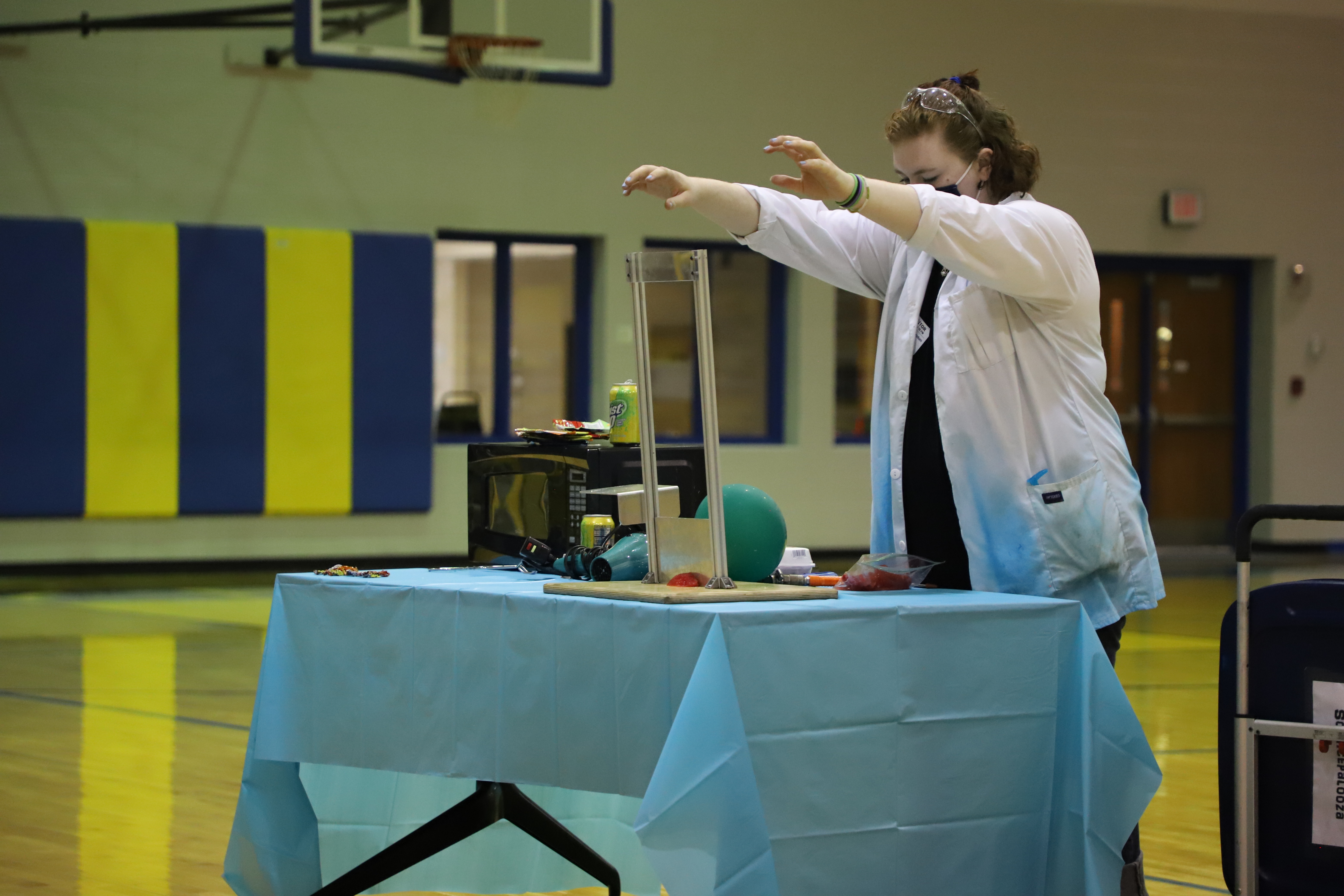 Thornton tapped the can around the sides while she talked about nucleation sites and their role in carbonation. She popped the lid and the can released some pressure, but not much.

“Yeah, you need to tap the sides of the can, see how that worked?” Thornton said. “Probably doesn’t hurt to tap the top of the can, too. You guys are good at this!”

Thornton ended her show by filling hollow eggs with hydrogen and using a flame to make them blow up. She talked briefly about why the Hindenberg airship, which was filled with hydrogen instead of helium, met such a tragic end.

“I thought it was really cool when she popped the eggs,” said Jacob, 13.

Some of the Boys Ranch youth said they would have liked to see her pop something bigger than an egg, something like a balloon filled up big with hydrogen. That would be way too dangerous Thornton told them.

“It was neat when she put those chip wrappers in the microwave and the heat made them totally shrink in size but you could still read the wrapper,” said Jude, 14.

He was referring to a demonstration on how polymers may be stretched out flat like thin paper, but if you apply heat, they shrink down to a spaghetti like form.

The audience was fascinated as Thornton delivered everything from optical illusions to materials science. It was indeed a science adventure in the main gym at Boys Ranch’s Dippel Activity Center!

Boys Ranch Independent School District is an educational partner to the Discovery Center and, as such, gets some free programming from the center each year. It is used during the summer months as a way to keep the children engaged in science learning while on their school break.