“Oh yes! I finally got it!” yelled out an excited Annmarie, 15, gliding across the mats in the wrestling room at Cal Farley’s Boys Ranch. She reached up and received a high-five from fellow cheerleader and senior, Sisa, 17.

“Show me again how you make that turn … five, six, seven, eight,” asked Hailey, 17, counting off the steps for the Boys Ranch High School cheer team as they learned a new hip hop routine.

The fall sports teams at Boys Ranch are gearing up for an awesome season. In August, the athletes on the cheer team welcomed a special cheer clinician to Boys Ranch to help them get ready to lead the spirit lifting efforts on upcoming game days. 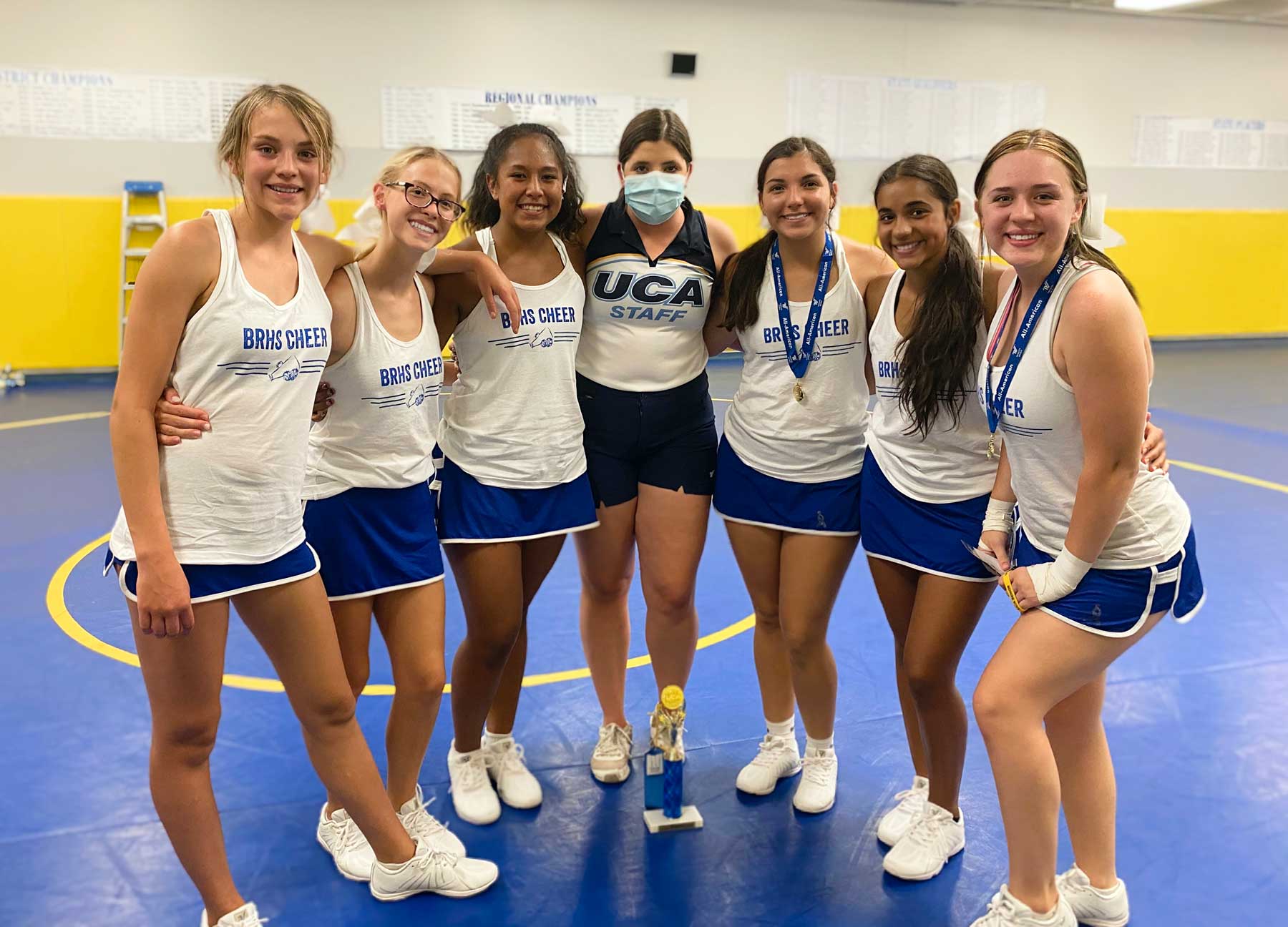 Lankin was a cheerleader at West Texas A&M University in Canyon, Texas for four years and now works as a regional instructor for UCA, headquartered in Memphis, Tenn.

Originally the BRHS cheerleaders were going to attend a UCA camp at Texas Tech University in Lubbock, Texas. However, with the coronavirus outbreak, BRISD administration felt it safest to do a home camp instead.

Cheerleading is an excellent way for a young person to learn service, character and loyalty. It provides the opportunity to belong to a specific group. Most of all, it requires leadership skills, physical talent and bravery to be in front of a crowd and boost an audience into response.

“This group of girls had an instant connection,” said Katie Shepherd, cheer coach for Boys Ranch High School. “They share the same school spirit, positive energy, and even athleticism. We were so impressed not only with how quickly they picked up on new skills but how encouraging they were to each other, too. I’m really looking forward to working with them!” 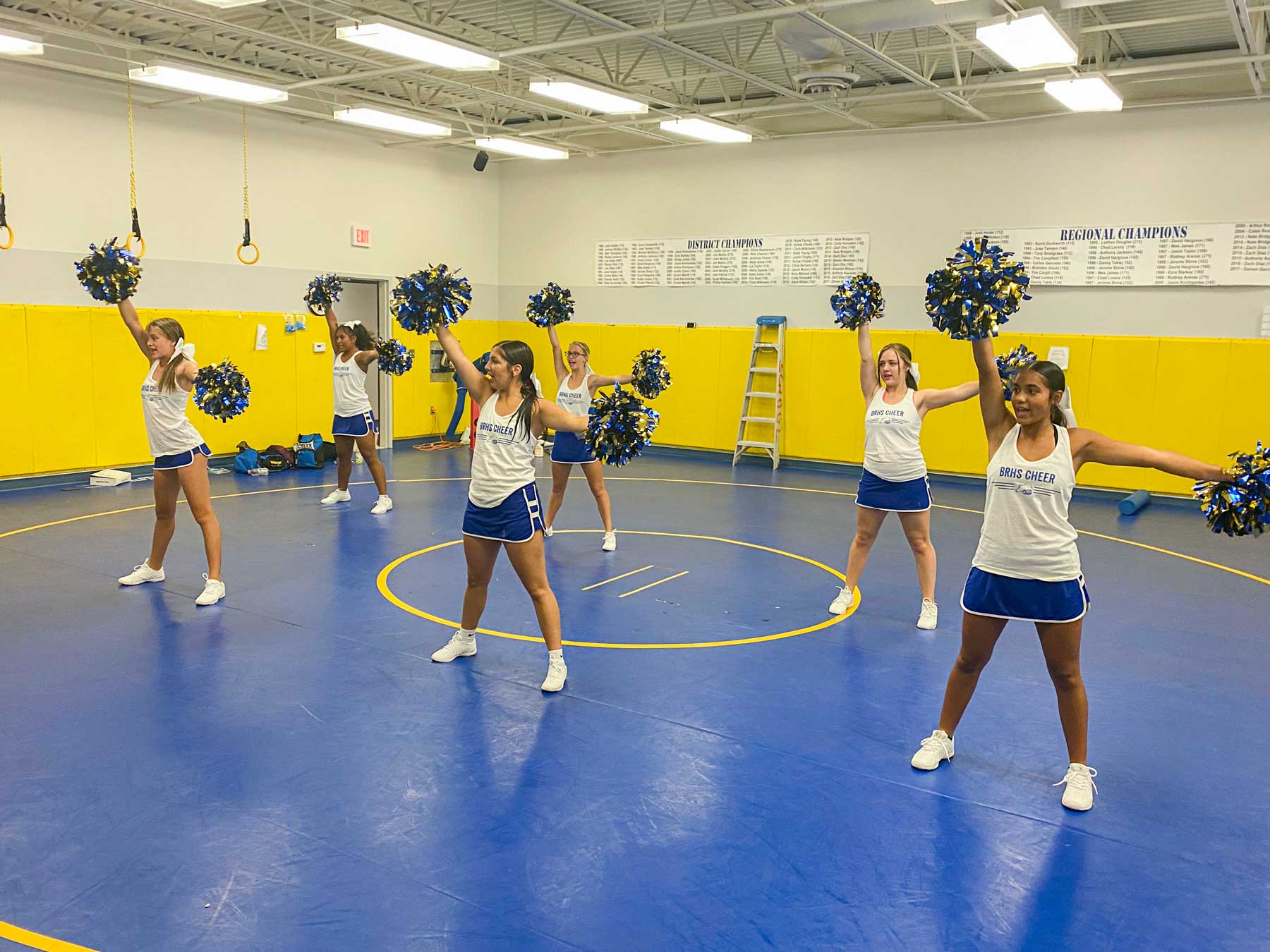 The cheerleaders’ primary role, according to their handbook is to support teams while developing skills, and improving character and sportsmanship. All BRISD athletes learn to provide a positive attitude no matter the circumstance.

“The primary goal for the summer camp is to learn new content for the upcoming year and to build teamwork,” said Katie Shepherd, cheer coach for Boys Ranch High School.

UCA is the largest cheerleading camp company in the world typically training over 180,000 cheerleaders every summer at over 3,200 sessions across the country. It hosts annual competitions, including the U.S. Championships at the Walt Disney World Resort®.