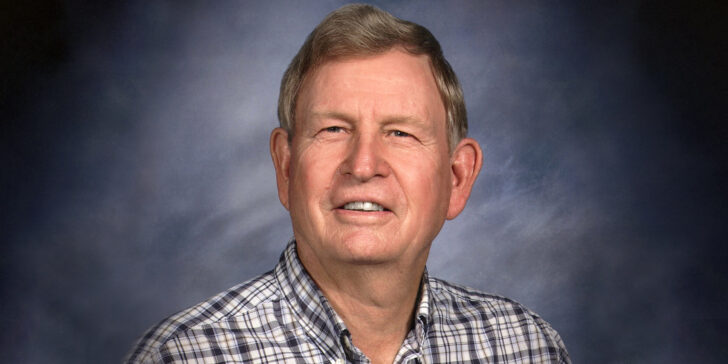 A lifelong businessman, Leonard Daniel knows the value of hard work, and that a good work ethic starts at a young age.

“When I was in high school, Dad had combines, so we’d run combines all the way to South Dakota,” Leonard said. “I’ve been around farms my whole life.”

Leonard went on later to own his own meat and delicatessen business, only to “retire” to work cattle and farm hay at his ranch 30 miles east of Dallas. He knows it takes discipline, structure and the love of Christ to be successful, and that’s something he values in Cal Farley’s Boys Ranch.

“They raise the children with Christian values, and it seems to be a structured environment,” he said. “But (all the children) seem to be happy.”

Growing up in Lubbock, Texas, just 125 miles south of Boys Ranch, Leonard has just “always known” about the work done at our Texas Panhandle campus. But, his decision to support Boys Ranch’s life-changing work was based on the organization’s outstanding track record.

“There are several places that do things like Boys Ranch, but y’all seem to have a good track record of not only helping the children while they’re there, but also they’re able to go on in their lives and live productive, fruitful lives,” Leonard explained. “That’s encouraging; you don’t see a whole lot of that.”

A lifetime bachelor and Christian, Leonard believes strongly in giving back. Leonard has established four annuities to benefit the boys and girls served by Boys Ranch. He appreciates the ability to utilize his resources to make a difference in the lives of children from across the United States while still making sure he maintains a regular income as well. He said he plans on more Boys Ranch charitable gift annuities in the future.

“You know the old saying, ‘You can’t take it with you, but you can send it before you?’” Leonard said. “The money can just sit in the bank, or you can do something with it.”

← A Gift That Pays You Back
The CARES Act →