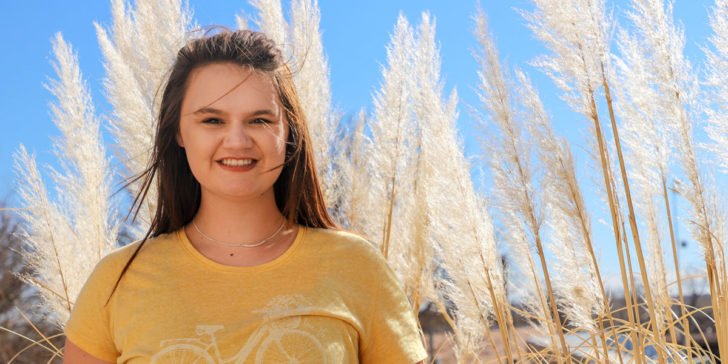 Learning to love others — and herself

“Boys Ranch has given me everything I need, and everything I want,” said Kaitlyn, 18. “I had a family, but I wasn’t close to them. I think God put me here for a reason. I think He saw me struggling.”

When she came to Cal Farley’s at age 15, this Texas native said she was at rock bottom.

She remembers arriving at Boys Ranch with few possessions, in part because much had been taken from her as part of the discipline she received at home — which, incidentally, wasn’t working.

Sadly, it wasn’t the first time Kaitlyn made a move with little but the clothes on her back. She carries a similar memory from age 3, when she and two younger siblings were adopted into a new home.

Looking back, Kaitlyn admits that her life was in shambles. She chose to dish out a lot of defiant behavior and had poor impulse control, bad judgement and rage. Oh, so much rage.

She was failing at school — and at life.

Kaitlyn isn’t able to really pinpoint what caused it, but she said beginning at age 8 or 9, she was unable to feel at peace in her home, or in her own soul.

“I used to go home scared. I never knew how my mom would be feeling or if I might be locked out for the night,” she said. “Home should be your safe place, and I never had that. We fought constantly.”

For his part, Kaitlyn’s adoptive dad was always working and never home.

She remembers sneaking to get on the computer and read about Boys Ranch. The possibility of coming here excited her.

“I had this really good feeling in my heart. And, I didn’t get that often. It was a peaceful feeling. Living at home, I had no peace. All I could think was, ‘I know if I go (to Boys Ranch), I’m going to make something of myself,’’’ she said.

Since being at Boys Ranch, Kaitlyn’s rage has slowly been replaced with forgiveness, pride in leadership and a deep love for God. Her sable-colored eyes begin to dance as she talks about the good changes.

Since 2015, a variety of interventions have helped Kaitlyn. Neurofeedback, yoga and counseling are especially helpful, but none so helpful as growing in her spiritual faith.

“When I was 13, I didn’t believe in God at all. I thought there was no way this guy in the sky invented all of this,” Kaitlyn said.

At the time, she asked herself, ‘If God is so real, where was He at all the times I needed him?’

“I really didn’t think there was any hope for me, I’d pushed that into my head,” she recalled.

Boys Ranch has changed all that through a patient chapel staff serving up moving messages every Sunday and house parents who demonstrate God’s love every day.

And, Kaitlyn said, being surrounded by ‘Jesus freaks,’ an all-in-fun label she’s given to her extended Boys Ranch family, has helped expand and confirm her growing faith. So much so, that at age 16, she chose to be baptized. 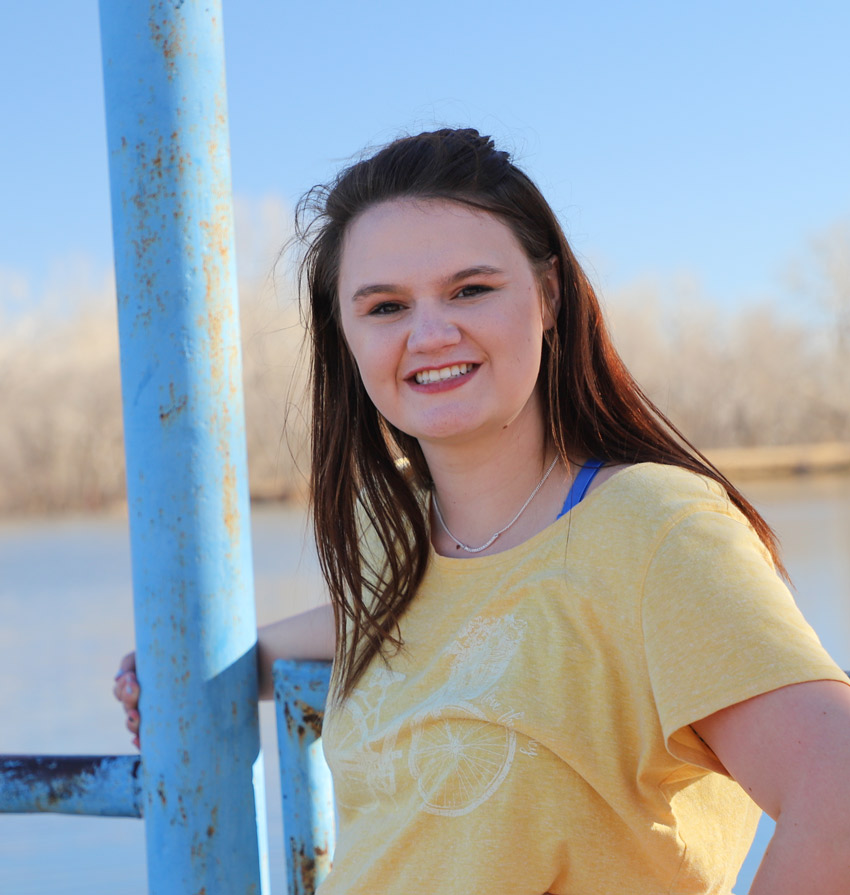 “Kaitlyn has been gifted by God with an uncommonly big, warm, sensitive heart,” said Boys Ranch Senior Chaplain Mike Wilhelm, who finds joy in helping young people discover, explore and grow their faith. “Hearts like this have a great capacity to love, but also a great potential to get hurt. Kaitlyn is beginning to understand this. She has been opening up to a trust in God, a love for others, and an acceptance of self.”

Leadership for Kaitlyn is defined by deeds. She has been a Sunday school teacher for the younger girls at the ranch, and the lone female on the Junior Fire Crew, an experiential learning group popular with those interested in public-service careers.

Regardless how the desire is expressed, Kaitlyn likes serving others.

“I pray with the little girls and others all of the time,” she said. “Sometimes they just find me and ask me if I will pray for them. I’ll pray with, or for, anyone. The little girls are really my focus.”

Kaitlyn admits to worrying some about other teens at the ranch who she knows have yet to embrace the faith she’s found.

Just months from high school graduation, Kaitlyn is finalizing plans to go to college. She’s a good student and she wants to become a pediatric nurse. She dreams of being a wife and a mother one day and ‘peacefully’ raising her own kids.

“Since being here, I’ve found myself, who I’m meant to be and who God wants me to be,” Kaitlyn proclaimed. “I think it is the nurturing, caring, forgiving person. I think it’s a leader.”

Wilhelm shared a similar perspective: “She’s becoming who God has created her to be, and it is a beautiful thing to behold.”

← Chris: ‘Hearing’ helps with healing
Maegin is paying it forward →