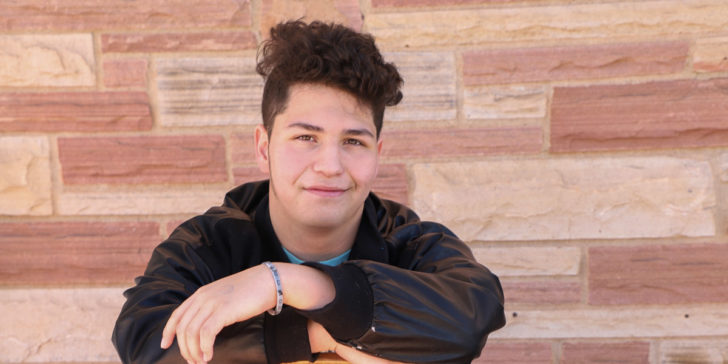 Two hearts are starting to heal.

“Her losing her husband and me losing my best friend, my mother, turned us into two people who weren’t kind around each other,” recalled Christopher, 16. “I’ve matured more about it. Instead of blaming everything on her. She and I have been working on explaining how we feel and we’re getting closer, which I didn’t see ever happening.”

“
This place has made me proud of who I am and who I am going to become.

Chris is speaking of his aunt, who became his adoptive mother when he was about 7 years old. As a young boy, it became apparent Christopher’s birth mom was not going to be able to adequately care for him and his two siblings, so his aunt and uncle adopted the children, ensuring they would be able to stay together. The children continued to see their mother on occasion, and Christopher was especially close to her. He even hoped to live with her again one day.

But, life can be so cruel.

When Christopher was 12, he learned his biological mother had died. Making matters worse, his uncle-turned-father lost his struggle with cancer the following year. This tremendous loss was too much. Anger over such a loss is understandable, but Christopher let his anger consume him. Sometimes, his actions frightened his aunt, who was overwhelmed with her own grief.

Something had to give. She decided to ask Boys Ranch for help.

Christopher, though, was reluctant to even consider it an option. 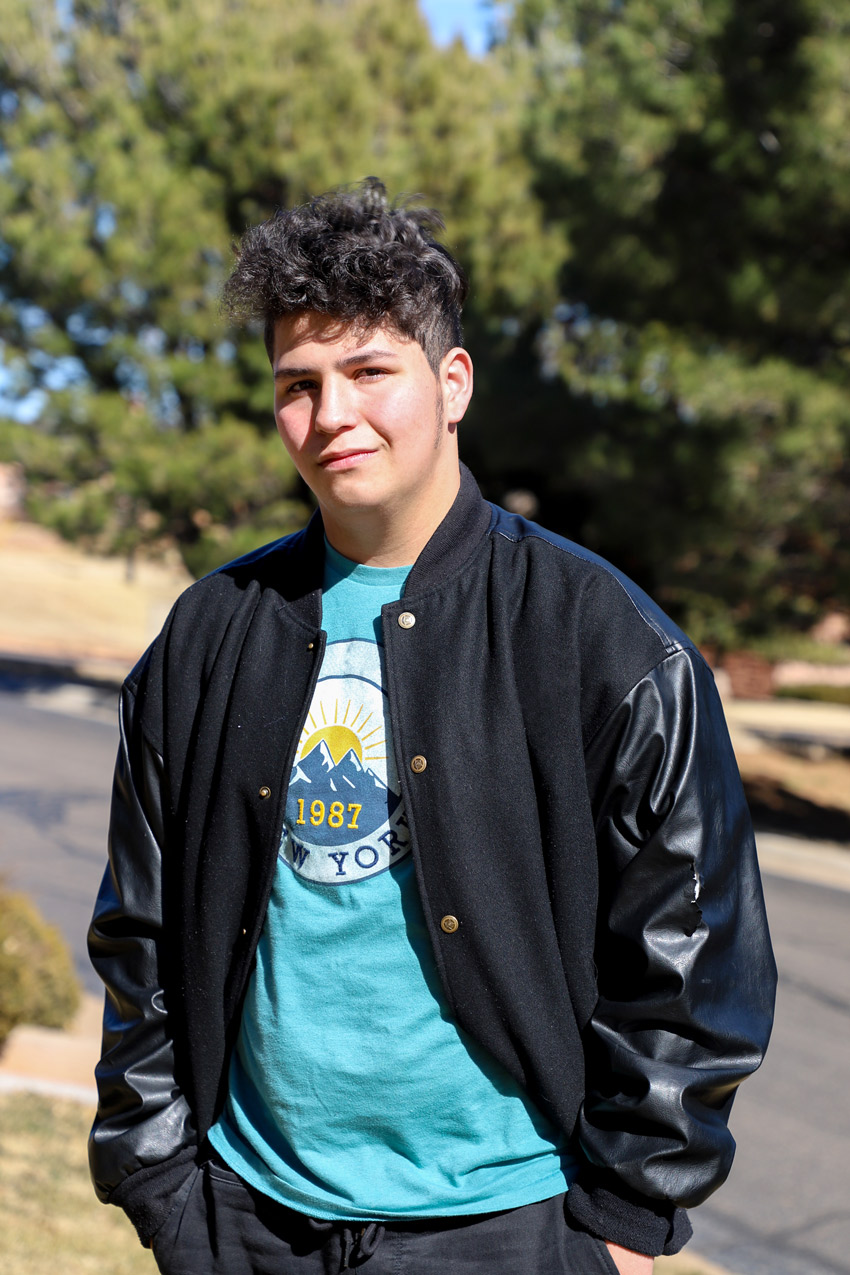 “The way it was explained to me was that this was a juvenile-detention place, everyone told me it was,” he said with a chuckle. “It is completely different. I thought I would be in a cell with someone who (had) burned down his house. It was scary to me. (I thought) this place was a punishment, but it is actually exactly the opposite. I used to think I was going to get terrible meals here three times a day and sleep on a rock.”

Instead, the Boys Ranch Christopher knows is a welcoming place where broken hearts come to heal.

He has undergone some counseling and tried equine therapy.

“Horses weren’t my thing, it didn’t help much. But, talking with people did,” he said.

By sharing his feelings with trusted adults, Christopher has gained a new perspective.

“They have helped me understand and look at it through her eyes,” he says of his aunt. “They told me how it sounds in her ears. It has helped me try to understand.”

One of his most trusted adults is his caseworker, Chloe Hewitt. The respect shared between the two is very evident.

“I feel like Christopher has the biggest heart,” said Hewitt. “He loves, that’s the thing. When he was in Hamilton Home, he loved every single kid even though they were all very different from him. He tries to welcome anybody, especially new kids. It’s a great quality. He always wants them to feel welcomed and loved. Christopher has lost so many people in his life that I know letting (others) in was not easy. He came closed off. He has really opened up, and is shining.”

For his part, Christopher never realized the size of his heart.

“I didn’t have many friends before I got here. I love people even though I say I don’t,” he said. 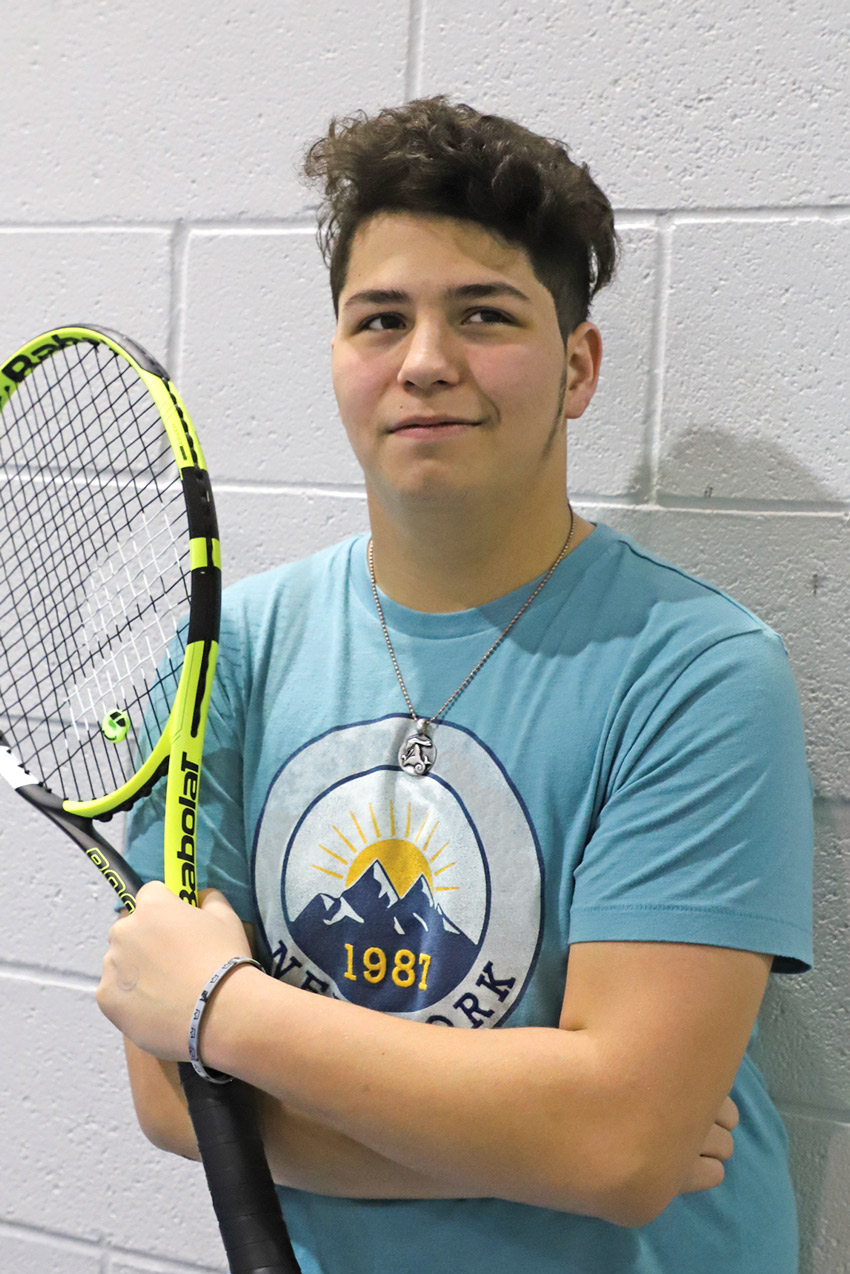 During a recent home visit, Christopher and his mom were able to enjoy mature conversation and develop a better understanding of each other.

Christopher has made many new friends at Boys Ranch. He plays tennis and was part of a culinary-arts team that recently won an area-wide competition. He is on the one-act play production crew and a member of the drama club.

Christopher is taking advantage of Experiential Learning Program projects designed to provide teaching and training to help make him job-ready.

“It amazes me, especially in today’s world, that people with such different interests can come together and live in the same houses and be open about who they are (and) embrace it,” Christopher observed. “It has helped me embrace who I am. People … think I’m a boring teenager, but I’m actually pretty interesting.”

Interesting, certainly. And today, a child of God, too.

“I came here a strict atheist,” Christopher explained. “But I connected with people and listened to them, and I started asking for help and praying.”

One summer, while attending a summer camp during a visit home, Christopher dedicated his life to Christ.

“I’m not afraid of who I am,” Christopher said. “I used to be. But I like who I am now. This place has made me proud of who I am and who I am going to become.”