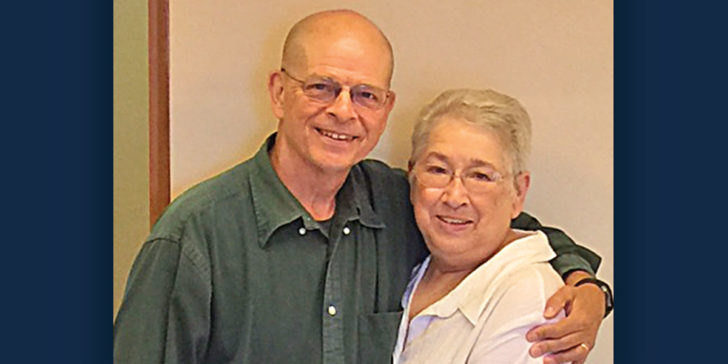 “Everyone talks about our youth being our future, and that means all youth, not just the ones you interact with every day,” Earline Zlotkowski explained. “Some of what society would call the least likely youth have the most to contribute. Cal Farley’s is superb in bringing that out in these children.”

Earline and her husband, Lt. Col. (ret.) Joe Zlotkowski, have supported Cal Farley’s Boys Ranch for about 30 years. Their support began with Earline, who was only 14 years old when she and her parents learned of the work being done at Boys Ranch. After her parents passed away, Earline continued the family’s tradition of giving to Boys Ranch.

“It inspires me,” she said. “I find the level of dedication and love for these children to be so incredibly inspirational.”

Joe was introduced to Cal Farley’s later in life, when he and Earline married. With a specialty in project management, first for the Air Force and later in civilian life, Joe found the organization’s efficiency impressive.

“Cal Farley’s is very good at tracking their progress. They are involved with the kids even after they leave Cal Farley’s,” Joe explained. “To me, that shows a level of commitment that I don’t necessarily see everywhere else.”

“Cal Farley’s seems to have a unique blend of academics, parental oversight as well as programs specifically helping kids deal with their emotional issues in an efficient manner,” he said. “Cal Farley’s gives kids hope, self-esteem and self-confidence. Those things are essential to lead a successful life. Academics, jobs, etc., all those come after you have hope, self-esteem and self-confidence.”

With two granddaughters of their own, the couple also sees Cal Farley’s as a teaching tool. They plan to bring the girls to Boys Ranch for a visit in the next year.

“We are able to give our granddaughters things that they otherwise would not be able to have, but we want to see that they have to work for some of that, too,” Earline explained. “There are children far less privileged than they are who are succeeding despite obstacles. So, the little things ours may encounter remain small and they can say, ‘If these kids can do it, so can I.’”