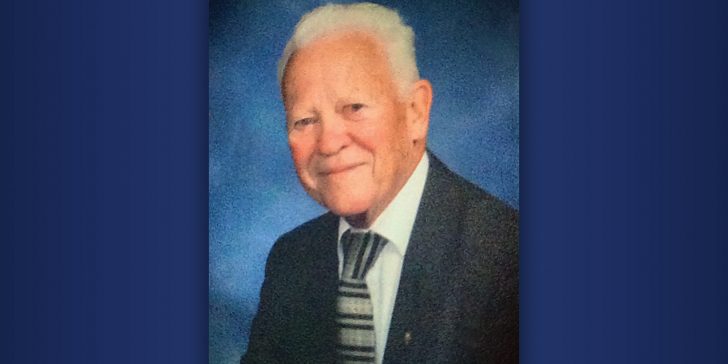 An avid supporter of many causes, John Croud began his charitable giving back in the 1950s. Though he didn’t have a lot to give as an Air Force service member back then, he committed to making a habit of supporting the organizations and causes he cared about.

“I was just coming out of high school and was in the service, but I would send $50 a year. I did that for years,” Mr. Croud recalled.

His contributions to these various charities increased over the years and, in 1968, Mr. Croud discovered Cal Farley’s Boys Ranch.

Mr. Croud has four grown sons and 10 grandchildren he simply adores. So, it comes as no surprise that most of his charitable causes over the years have shared a similar focus — helping children in need.

“I cannot tell you when that affinity started, but, yes, I am very partial to helping children in need,” Mr. Croud said.

Mr. Croud explained there was just something about Cal Farley’s Boys Ranch that truly stuck
with him.

“I could give you a list of different organizations that ask for money all the time — some good, some not so good — but Cal Farley’s Boys Ranch is among the few that take the time and effort to either write a thank you letter or give you a phone call,” Mr. Croud said. “I certainly appreciate that.”

Last year, Mr. Croud made a very special decision. He chose to create a lasting legacy by naming Cal Farley’s in his will.

“I know my gift to Cal Farley’s not only goes to a worthy cause, but I also know the money is used prudently.” Mr. Croud explained. “Because of that, I fully intend to continue, Lord willing, my association with Cal Farley’s.”

← Maegin is paying it forward
Greyson: Growing inside and out →