Sara: Blooming where she is planted

At just 13, Sara is an old soul. You can see it in her eyes and on her face. In her young life, she’s experienced more chaos than many encounter in a lifetime. She’s also a warrior. Everyone who knows her will tell you this.

Since arriving at Boys Ranch, she’s learned there are safe people and safe places. It’s been a slow process, getting Sara to realize she’s not on a battlefield anymore. Her tough exterior is softening and she’s beginning to bloom where she’s planted.

Sara and three younger siblings came to Boys Ranch in the summer of 2016, placed here by a single mom from the Austin, Texas, area. The hard realities of life had just consumed her family. No matter how much love they had for each other, basic necessities were lacking and the dangers which often accompany poverty hovered at the family’s door.

The children’s mother worked as many hours as she could. Sara’s elderly, maternal grandparents had tried to help the family for a few years. However, in 2014 when her grandpa’s health began to fail, they moved to their ancestral Mexico, where he died later that year. Sara had a special relationship with her grandpa and his death added insult to the injury she was already enduring.

Her father, who lived elsewhere, could watch the kids part of the time, but only if Sara’s mom transported them quite a distance to his home. 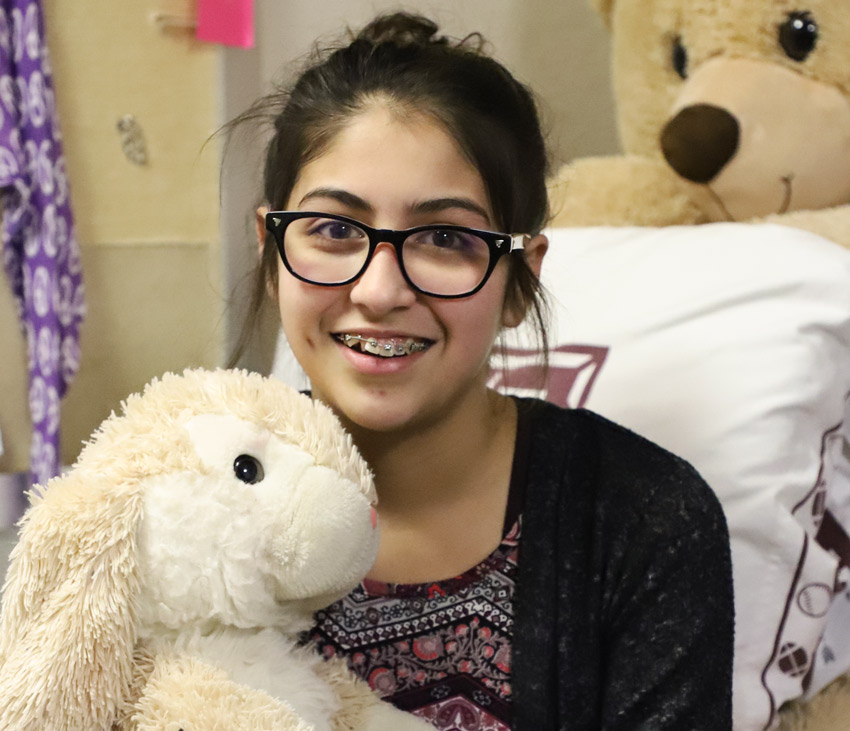 Then came reports that no one was watching the younger children while mom was at work. That was only partly true, though.

Sara was watching them.

Burdened with a responsibility she should have never had, Sara, without even knowing it, took on a parental role. When she was the oldest one at home, she ruled the roost. Parentification, it’s called. When she was at school, she was the protector and defender of her younger siblings. And, when she was with her mother, she often threw tantrums when things didn’t go her way. She was quick to first threaten, and if further provoked, to resort to physical conflict. Depression had gained a grip on this sweet raven-haired girl.

She remembers when the little ones would ask for food, something that was always in short supply.

“I’d try to ignore them and wait for my mom to get home,” she recalled.

Sara’s anger often left the little two-bedroom house with her. She was getting into fights at school with friends over — as she sees it now — “stupid stuff.” This petite girl with a gorgeous smile was, well, prickly, just like the cactus that grows on the prairie surrounding Boys Ranch.

Sara told lies anytime she thought it would give her an advantage. Her school performance suffered. The safety and security she lacked at home spilled over into every other part of her life.

At Boys Ranch, Sara has taken some excellent first steps. Cradled in the comfort of knowing all of her needs, and those of her siblings, are being met, she has a much calmer and content existence. Her prickly personality has begun to soften.

“She was angry, aggressive, and didn’t trust anyone to keep her safe or help her solve her problems,” he explained.

Brobston would invite Sara to run the campus loop with him, and sometimes they would cook together.

“After countless hours, she has slowly learned through our relationships that there are people who will work with her to help her learn and keep her safe,” he said.

Brobston is proud of the still fiery, but kind and caring young lady Sara is becoming.

“Sara didn’t know how to properly ask or seek attention from staff or peers,” recalled her caseworker, Courtney Corrales. “Since being here, she’s learned how to do this in a healthy way.”

At Boys Ranch, Sara is learning how to identify her own emotional needs and how to self-regulate. The adults who work with her are impressed with how she is growing in her ability to understand her emotions. 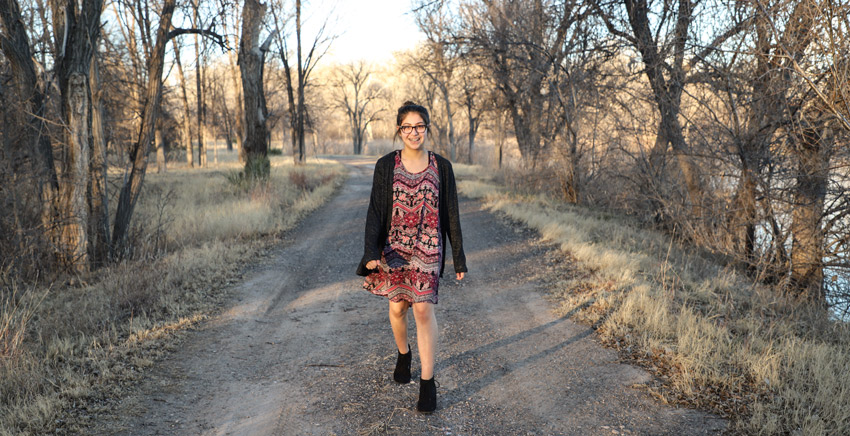 “Sara has changed so much since we met her a year and a half ago,” said her housemother, Sena Grantham. “She once wouldn’t talk to us at all; now Sara tells us she loves us and gives us big hugs. Teachers tell us that there is great improvement in her behavior at school. We are very proud of her progress.”

Sara has played junior-high basketball, run track and even tried her hand at steer riding. She is determined to enter this year’s Boys Ranch Rodeo, with her mom watching from the stands. Sara’s warrior spirit still exists.

What Sara loves most of all is cross-country running.

As she joins other ranchers to run on the trails at Boys Ranch, she sometimes has to sidestep some pesky prickly pear growing close by. In the summer, this same cactus will blossom and make the trail beautiful.

And, just like the cactus, Sara is in a place where she is starting to really bloom!