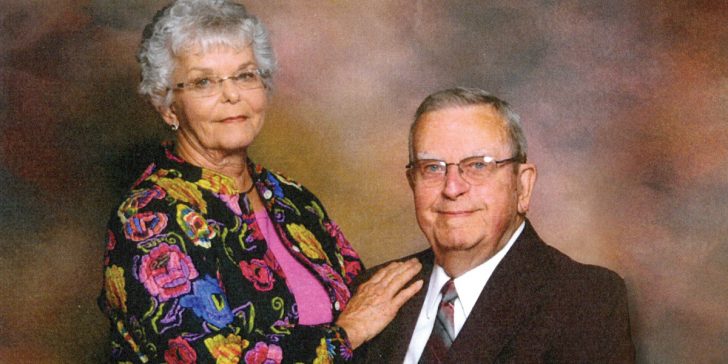 It’s been a year of milestones for Richard and Marjorie Ortmayer. They recently celebrated their 68th wedding anniversary, Marjorie will join her husband in their 88th year of life this month and the pair just added to their long-term support of Cal Farley’s Boys Ranch through the creation of charitable gift annuity.

The owner of five businesses over the course of his lifetime, Richard is a very pragmatic man and he appreciates the advantages offered to the couple through their gift annuity.

“My wife had a stroke six months ago. I just got out of rehab and am still recovering,” Richard explained. “We’ve lived a long life, and it’s time to solidify our plans for the future.”

The couple wanted to ensure their remaining assets are put to good use for many years to come. That’s where the Boys Ranch gift annuity program attracted their attention.

Richard and Marjorie are a very generous couple, believing “in paying back others” their whole lives. Giving to various charities over the years, Richard knows how to tell a good charity from a not-so-good one. After hearing about Boys Ranch and doing his research, he concluded that the work done at Boys Ranch “is a very worthwhile cause.”

“We want to make sure important things — like Cal Farley’s — are taken care of, in addition to our only son,” Richard said.

With no grandchildren of their own, the future care for children at Cal Farley’s ranks high in their priorities.

Having been heavily involved in church life his whole life, Richard immediately recognized the value of the Christ-centered environment at Boys Ranch.

“My mother was a single mother,” Richard explained. “The church gave me a foundation, a sense of direction in my life.”

That sense of direction — and the family-style housing — are what made Boys Ranch stand out to Richard. So, he and Marjorie began supporting Boys Ranch’s life-changing work in 2005.

More than a decade later, Richard and Marjorie continue that pattern of support with their gift annuity, helping future Boys Ranch generations receive the Christian guidance they’ve relied on throughout their lives.

← A sign of life on the road to success
Hand-made cane creates bond for resident, employee →