Boys Ranch residents may be new to the Texas High School BBQ Cookers Association, but rest assured, their competitors know exactly who they are now! 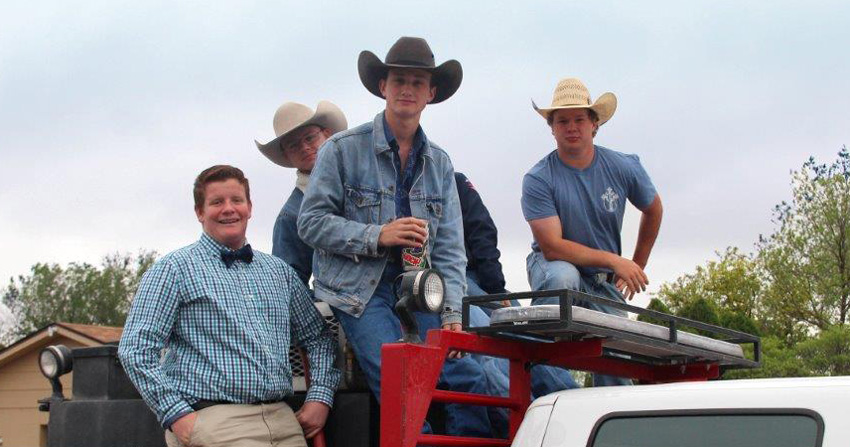 Out of 122 high school teams from across the state (many schools, Boys Ranch included, field multiple teams) 50 teams will compete for top awards at the state level. And, Boys Ranch High School’s two teams from its new barbecue club will be among the competitors!

One Boys Ranch team calls itself Jalapeño Business. Members include Brianna, Alex, Jonny, Kharma and Chris. The other team calls itself Smokey and the Bandit, and is made up of Sebastian, Trae, Kadan, Dalyn and Bryce.

At state, competitors will be judged on their individual dishes and overall as a team. Each individual’s dish is scored, and then points are added to create a team score.

“These are timed competitions where each team member is required to cook his or her designated barbecue item and deliver the dish to the judges at a specific time,” explained Linda Horton, culinary arts teacher at Boys Ranch Independent School District. 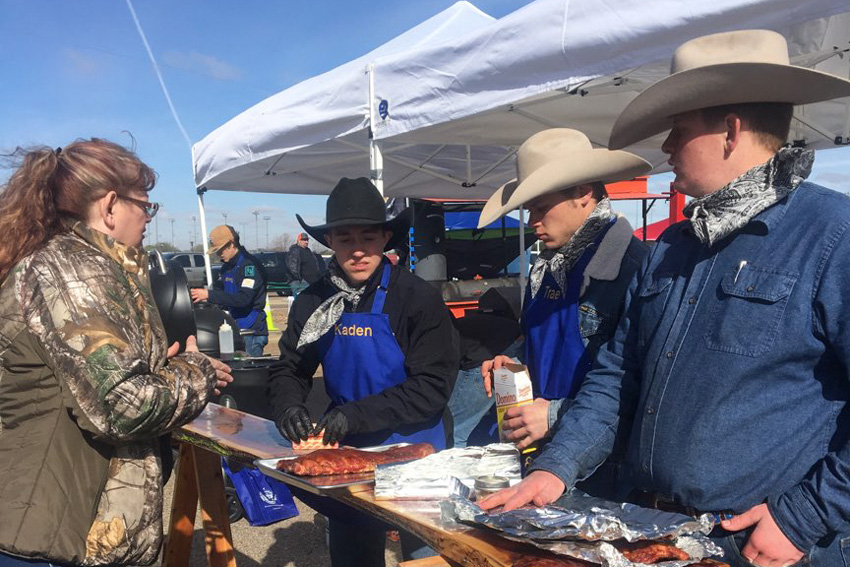 Teams also can earn extra points for staging, presentation and for building their own barbecue grill or smoker — which our young people have done through our Experiential Learning Program!

The Boys Ranch BBQ Club is made up of students who are also enrolled in ELP from a wide variety of areas, including agriculture, welding and culinary arts. Through ELP, every young person at Cal Farley’s, ages 14 years or older, participates in some type of career-related programming designed to help them build career skills.

The Boys Ranch teams will cook on a custom grill and smoker and use a small, authentic working chuckwagon for their presentation. The three pieces were created by young people a Boys Ranch in ELP, some of which are competing at the THSBCA state competition this weekend. Each youth who helped create the grill, smoker and chuckwagon brought a special skill set to the projects from their individual ELP areas, such as sewing, woodworking, welding or electrical assembly.

In preparation for the regional competition in March, the Boys Ranch BBQ Club held a special run-through four days prior to leaving for the contest. On that fine, brisk day, our young people were rubbing, saucing, marinating, spicing, stacking and turning chicken, ribs and brisket in front of Boys Ranch campus headquarters.

The teams prepared sample dishes like those they were planning to make at regionals for the BRISD board of directors to test that afternoon. And, boy, were they impressed! This was the first time the two had used their large iron grill, smoker and chuckwagon. Overall, the run-through was a success.

Earning a spot at State

During the March regional competition, our BBQ teams spent all day attending workshops held at the Texas Tech Meat Lab in Lubbock, Texas. The workshops focused on teaching youth about types and selections of meat, smoking techniques and creating rubs and sauces.

In fact, our youth cooked the brisket and ribs they cut during their workshops in the competition!

“They actually got to stuff the sausages they ate for their lunch and cut the steaks they each cooked for their own dinner on Friday night during this regional contest,” Norton said.

The competition was quite a challenge! Beyond the typical challenges inherent to outdoor cooking, unusually high winds were a struggle for many of the teams.

Despite the tricky weather they had to contend with, eight of our young people scored in the Top 10 for their individual dishes. And, both teams qualified for state with Jalapeño Business placing second overall as a team!

Not only did they do well at regionals, but our young people and staff were interviewed by the Food Network who were on-hand filming the contest! It’s very possible you might see our young people on the network in the months to come! 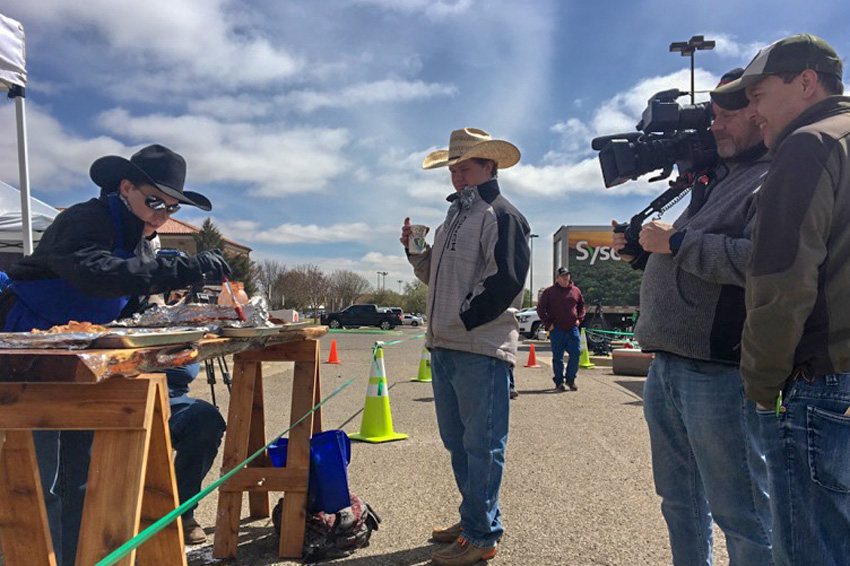 With regionals behind them, our boys and girls are headed off to state today, prepared with the knowledge they gained at regionals — including the judges’ critiques. The teams have made some changes they hope will put them at the top during the state competition!