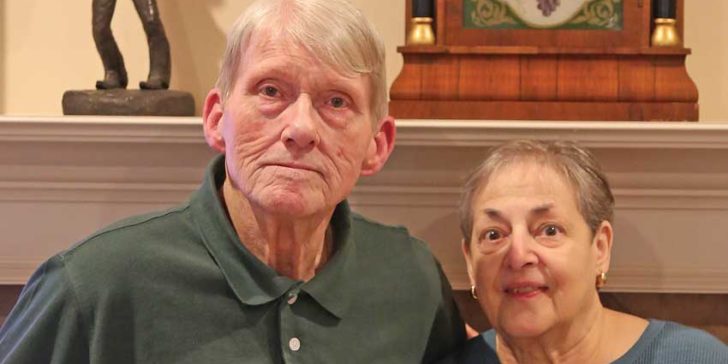 The best measure of a gift is the hearts of the people giving it. That makes Jim and Estelle Kincaid’s gift very special indeed.

The Kincaids are like many other hard-working American couples. They met in Dallas, where Jim was a police officer and Estelle was a nurse. In 1975, they married and started their life together.

And, it was a good life. After moving to East Texas in the mid-1990s, they ultimately settled in the arid plains of Lubbock, Texas. It was a far cry from the lush beauty of Estelle’s native Missouri.

“Jim had a cousin in Lubbock who we came to visit. He introduced me to the two hospitals here, and they both offered me jobs,” Estelle remembered.

It was about that same time that Jim introduced Estelle to an organization he’d known almost his entire life, Cal Farley’s Boys Ranch.

“My parents used to give a little every year,” Jim remembered. “They would give maybe $5 or $10.”

Like her husband, Estelle was impressed by Cal Farley’s work with young people. Jim and Estelle visited Boys Ranch, and even took a tour of one of the youths’ homes.

“We were so impressed,” Jim explained. “It was ‘yes, sir’, ‘no, sir’, ‘no ma’am.’ They were taught respect for their elders … And, they all really seemed to be getting the education they needed. They have a good life up there!”

Jim and Estelle continued to support Cal Farley’s. For many years, they attended the annual Boys Ranch Rodeo each Labor Day weekend. The more time they spent around our youth and staff, the fonder they grew of the entire Cal Farley’s organization.

“You do more with less, and do more good for the people you’re supposed to be doing it for,” Jim said. “Since we didn’t have any kids, we decided that Boys Ranch will get our entire estate when both of us die.”

Jim and Estelle’s decision to include Cal Farley’s in their wills is an act of support and trust no one at Cal Farley’s takes lightly.

But, to Jim and Estelle, it’s simply a wise use of their resources.

“We’ve worked our whole lives,” Jim said. “We thought Cal Farley’s would be a good place to put our money, an investment in the future.”

← The right relationship can make all the difference
Mr. and Mrs. Embry: Tour Visit Motivates Support for Boys Ranch →