This week, Mimi Farley Elementary School celebrated Every Kid Healthy Week, a national program for schools around the country to emphasize the importance of a healthy lifestyle!

As part of the special week, boys and girls in kindergarten through fifth grade learned how to make healthy choices, participate in new sports and fun games and received a special, healthy snack each day.

One of the highlights of the week for our vibrant community was Try Something New Tuesday featuring a wrestling duel!

“Allowing our elementary pupils the opportunity to participate in wrestling was an incredible experience,” said Katie Shepherd, physical education teacher at Mimi Farley. “Not only does it expose them to a sport we hold strong traditions in here at Boys Ranch, but it’s also a sport Cal Farley was fond of himself. Cal Farley once said it was the best sport for building self-confidence and physical conditioning. Being a former wrestler, I couldn’t agree more!” 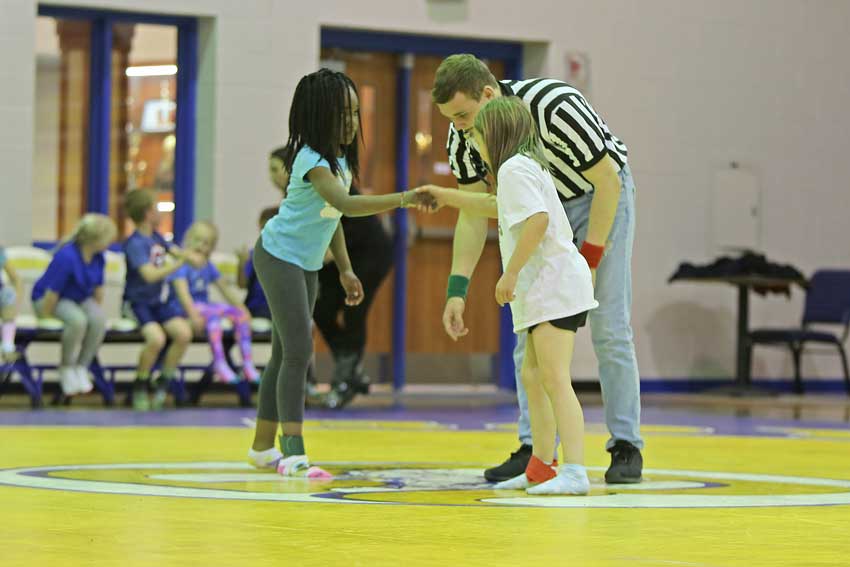 As preparation, youth practiced in their regular PE class, learning the skills to prepare and feel confident for the big competition.

Pupils were teamed up in four groups. In one match, two teams of kindergartners, first and second graders competed against each other. In another match, two groups of third-, fourth- and fifth-graders battled it out.

Within the groups, individuals rivaled another child of a similar age and weight, scoring a win or loss for their team. At the end, each individual’s wins were tallied to determine which group won.

“Every student handled themselves with class and sportsmanship, and that is truly what it is all about,” Shepherd said. “Witnessing their growth in character and sport is one of the greatest benefits!”

By the end of the match, youth were smiling, laughing and showing the cheering audience what an important experience it had been for them — not to mention the ton of fun they could have doing it!