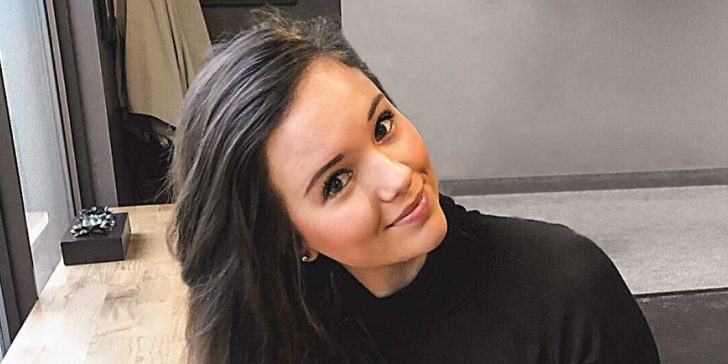 Longtime resident hopes to share message of hope across the globe

With a bright, earnest demeanor and an outgoing personality, Robin seems destined to be in front of a camera.

But Robin has other things in mind. She wants to spend her time serving others. She credits Cal Farley’s Boys Ranch for giving her the heart to do this.

As Robin finishes a bachelor’s degree in electronic media with a digital media concentration, she will earn her ticket to go anywhere she wants to go.

“I love the idea of working in the media,” said Robin, “But right now, I want to make a difference rather than being a personality on the screen. I’ve been exploring opportunities, and I started looking at the Peace Corps. I think this how I can have an impact.”

In 2006, Robin had just turned seven when she and her mother boarded a bus in Georgia bound for Girlstown, U.S.A., then a Boys Ranch campus for girls. Although she doesn’t know how her parents found Girlstown, U.S.A., she said her mother brought her to Texas to get her out of an abusive home. Robin hadn’t had a lot of interaction outside her family and was behind in school.

A day later, her mother got on another bus and went home. Robin remembers it being a horrible time for her initially, but says now, “Girlstown and Boys Ranch saved my life.”

At Girlstown, Robin made quite an impression.

“Robin is a very special young lady,” said Robert Marshall, vice president of operations at Boys Ranch and former administrator for Girlstown. She had so much she had to work through. Fortunately, Girlstown had the right people to help her do this. She’s an amazingly strong young lady now.”

Robin remembers herself as a young girl awash in emotion.

“I was not the best kid,” Robin said. “Mr. Marshall had to deal with me. I was confused, angry and it took me months to warm up. I was so defeated.”

To this day, Robin and Marshall have a special connection.

“I had an office in a corner of the building at Girlstown where I could see the whole facility,” Marshall said. “One morning, I saw Robin running across the yard toward my office, her houseparent behind her trying to keep up. She came into my office. I was in a meeting, but that didn’t matter. She pushed my door open and hollered, ‘Mr. Marshall, I’m double digits today!’ It was her 10th birthday. She was so excited. I stopped what I was doing and we had a little celebration with her.”

In 2008, Robin was one of the last girls to move from Girlstown to Boys Ranch. Living among boys was a whole new experience, but a good one. In the decade she lived at a Boys Ranch campus, Robin took advantage of every opportunity and adventure presented to her.

“I did rodeo, all the sports, National Honor Society,” Robin said. “While I was at Girlstown … a girl and I had won the Texas Tech University Science Fair for our grade level. I got to go to Washington, D.C., to compete. Our team won at nationals. Boys Ranch helped me be able to continue that neat experience.”

Robin spent her final two years in high school excelling in dual-enrollment classes and picking up valuable experience. After graduation, Robin tackled some core classes at a local college, then transferred to Texas State University at San Marcos, Texas.

She found a summer job as an activities leader with the city in its summer camp for kids. The next year, she was promoted to assistant site supervisor, responsible for 150 children.

“
I can’t even explain how much Boys Ranch and its donors mean to me. This place set me up to succeed.

“I tried to model everything I did on what I learned at Boys Ranch,” Robin said. “I did things similar to what the staff here did because it worked here, and I knew it could work there. The staff at Boys Ranch were so innovative.”

Robin will graduate from college this December. In the Peace Corps, she hopes to work in child development. She prays for an opening in Madagascar, as she wants to go where it is warm. She’s aware of political unrest there, but she is not afraid. Courage oozes out of her.

“God will get me through it,” Robin said, “I have realized living in America has made me take a lot for granted. I can’t just sit here and do nothing now that I know about people suffering. God wouldn’t allow me to want to do it if He isn’t going to take care of me while I’m doing it. This is what I want to do. If I have the courage and bravery to do it, why would I limit myself? If not me, then who?”

Robin’s long-term goal is to start her own nonprofit in an underserved area to help others. She said going to the Peace Corps will allow her to identify a specific need to support. She has been saving money for this purpose for several years now.

A thrifty young lady, Robin has never lost sight of what Boys Ranch donors gave her.

“I have clothes I received through the Beaumont Foundation shopping program I still wear,” she said. “Boys Ranch taught me that if you take care of your things, they last.”

“I can’t even explain how much Boys Ranch and its donors mean to me,” Robin said, her eyes pooling. “This place set me up to succeed. I’m only good at what I do because I had so many adults at Girlstown and Boys Ranch who invested their time and love in me,” she said. “I’ve just been smart enough to grow from it and I take it with me everywhere I go.”