Payton: Finally, a Place Where He Belongs

Like a West Texas cowboy who’s dressed up for a dance, Payton is wearing a wide brim cowboy hat that shadows his finest western shirt and jeans. He’s a quiet-spoken young man, outwardly simple, yet complex behind those determined eyes.

Two years ago, Payton arrived at Cal Farley’s Boys Ranch. “I moved around a lot to different places because my mom and I never got along very well,” he says. “That led to me being defiant toward her. It caused a lot of trouble between us, so that’s when we decided it was time for me to go somewhere else to see if I could live a little better.” 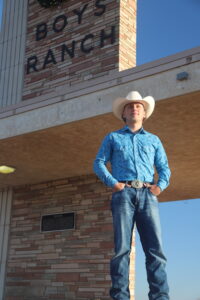 He assumed relocating to Boys Ranch was just another stop on the way. “I thought I was going to do my time and get out, but now I really don’t want to leave,” Payton says.

Originally, he was supposed to live here only a year, but Payton is willingly staying longer because he’s finally found a place where he belongs and is given the freedom to pursue his God-given potential.

“I’ve grown emotionally,” Payton admits. “Before, I had really bad anger problems, and it was definitely not a pretty thing. After being here, talking to people — even people who are not my counselor or my house parents — it’s like everyone around me has helped me at Boys Ranch.”

Payton’s counselor did make one of the biggest differences, though, bringing peace where it was needed. “I honestly don’t even know how it was done because I used to shut people out. My counselor did a very good job, I guess, because I don’t have the same issues anymore.”

Because of the encouragement at Boys Ranch, Payton’s relationship with his mom is improving. For about six months they didn’t talk, but he wanted to make things better.

“My caseworker told me, ‘Just give it a shot; it will be all right.’ So I gave it a shot and talked to [my mom]. Now I’m going home for the first time in a year and a half,” he says with excitement.

Although intelligent, Payton always found academics to be challenging. “School before Boys Ranch was rough for me. I don’t learn very well in a big class. I’m more of a one-on-one type of person,” he confesses. 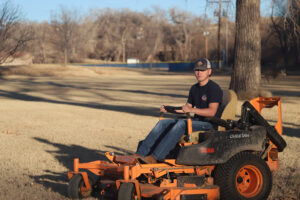 “Ever since I came to Boys Ranch, it’s really helped me out with my grades. I’ve actually learned a lot more here than I did going to school anywhere else. My grades have stayed up. I’ve learned more in all my core classes because I can comprehend it better,” he says.

His horticulture Experiential Learning Program (ELP) is using his desire to work with his hands to break through his destructive “Lone Ranger” habits.

“Horticulture has been a great program for me. I love it because I like to work, and they give me the opportunity to work hard for them. It’s helped me become more of a team person. I’ve learned I could still use help and be smart about it,” Payton explains.

Payton is one of several residents working to complete the firefighter academy at Boys Ranch. With a big smile, he says, “I love, honestly, everything about it. I like going to the fires, and I like the training. I like that some days when we’re bored, we can just go out and wash the trucks. Everything about Junior Fire Crew has made me want to do it . . . possibly as a career.” 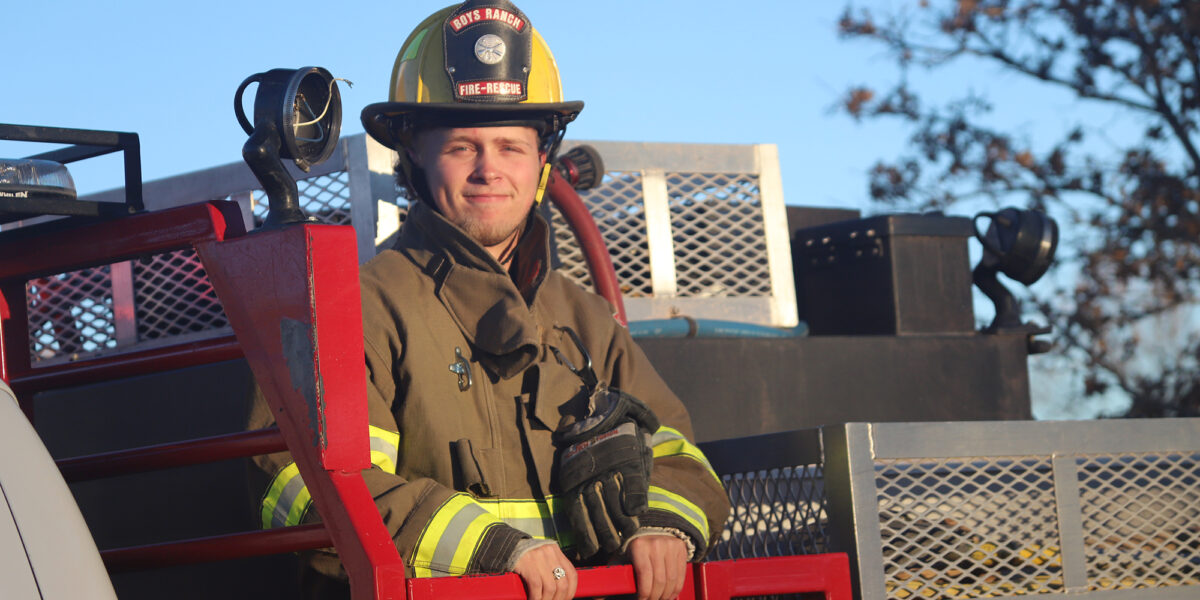 He’s also thinking about combining two of his favorite activities. “I’m planning on starting my own landscaping company and, on the side, do volunteer firefighting wherever I live,” he says.

Payton is proof that your gifts do make a difference. “I really appreciate the donations people have given, because in the end they’ve helped me get to where I am now,” he says enthusiastically.