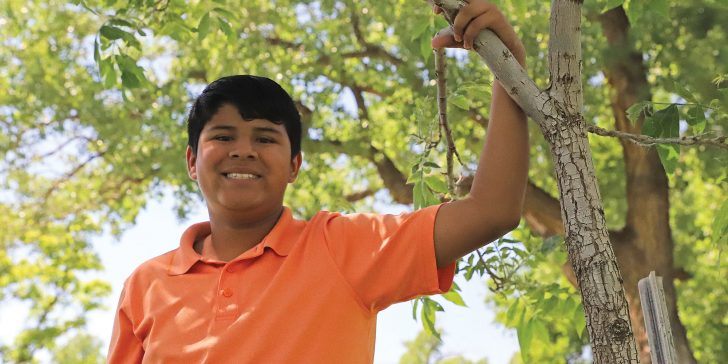 Relationships are the foundation of a well-balanced life

Since Marcelo arrived at Boys Ranch in 2016, he’s been surrounded by loving adults helping him daily to process 14 years of loss, fear and survival.

Marcelo participates in weekly therapy and he’s benefitted from neurofeedback sessions. His counselors are helping him understand how an unpredictable, chaotic infancy and toddlerhood created obstacles for him to overcome.

When Marcelo was in preschool, the little boy with thick black hair and striking brown eyes slid in between the wall and a floor-length window drape, peeking out only long enough to see if someone was arriving — uncertain and afraid.

Marcelo remembers hiding at the Ecuador orphanage when his American parents came to pick him up. They’d spent a few days getting acquainted, even going to a nearby park to play. His little hands managed to steal crackers from his soon-to-be mother’s purse. 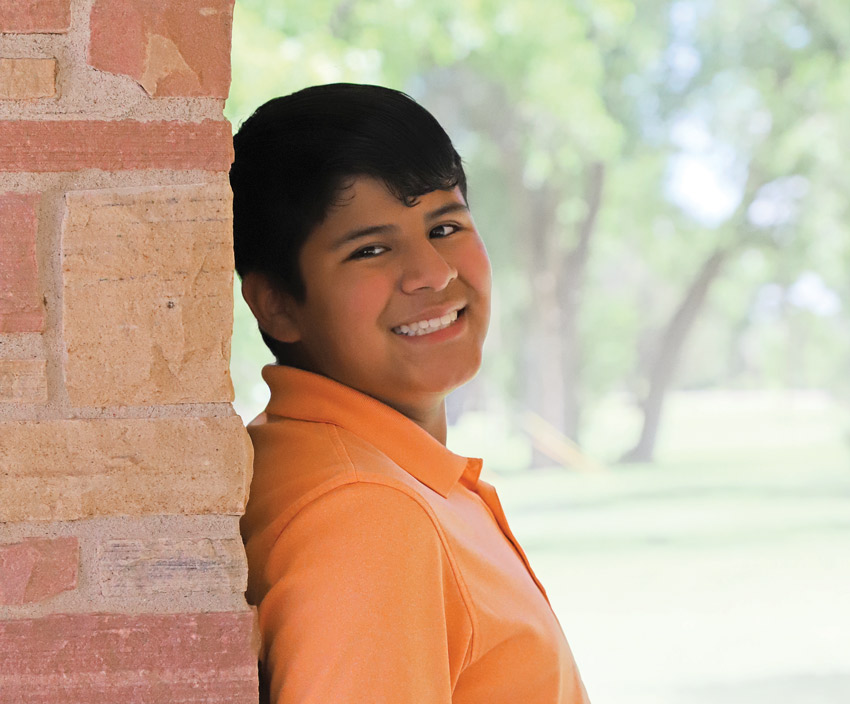 “Most of the time, we only got two little meals a day,” Marcelo said, remembering his time at the orphanage. “I learned to steal because I was hungry.”

The petty theft didn’t change his new parents’ minds. They already loved Marcelo. It was Christmas Eve, and they couldn’t wait to get home to Kentucky and introduce him to their large family.

As the nuns pulled him out from behind the drape, Marcelo’s Spanish-speaking caregivers assured him he would be okay. He was going to a wonderful new home with people who would love and care for him.

For five years, he’d waited to be wanted by someone.

On Christmas morning 2009, Marcelo awoke in a bed, surrounded by the faces of his new family.

Often, Marcelo thought about Fernando and Francisco, friends still back in Ecuador. He missed them, and especially the American nun who was more like a mother than anyone he’d ever known.

Marcelo’s new family tried to help him adjust. His father spoke some Spanish. The family had a friend from church tutor him in English and 18 months later, Marcelo spoke it well.

Marcelo started public school. He initially liked it, but between kindergarten and sixth grade, a family move and a school boundary adjustment necessitated three school changes.

“It was hard to make new friends each time,” Marcelo said.

Marcelo already was struggling to fully trust trust his family. With a shortage of friends in whom he could confide, Marcelo began acting out, primarily toward his mother. He refused to do chores and had erratic physical outbursts, breaking things. His rage grew bigger by the day. As he became more frustrated, his mother became fearful and his dad felt defeated.

An aunt who was familiar with Boys Ranch suggested the family look to us for the help Marcelo needed.

Marcelo agreed he’s received loving care at Boys Ranch and learned new life skills he’ll need to make the most of the fresh start he wants with his family.

“I love my family, and I want to learn to stop doing what I do so I can go back to them,” Marcelo said. “It feels like I’ve learned some really good stuff here. I’ve learned not to hurt myself. I hope I can forgive my birth mom and have a better relationship with my new mom. I’m learning to get better with my anger and forgive people who have hurt me in my past.”

← Adrian: A future far different from his past
Lexus: A new lease on life →