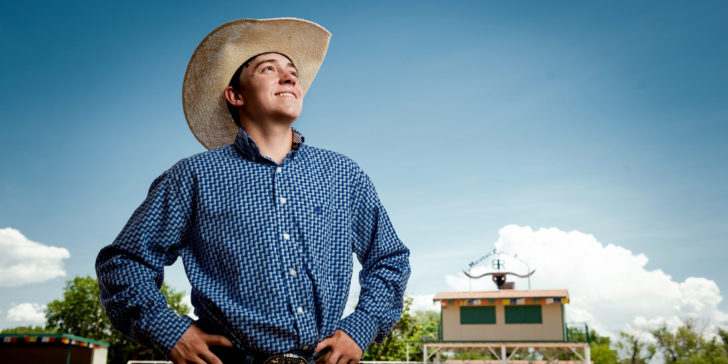 “
Seeing how we all work together and not compete against each other, but with each other — that’s my favorite part.

With five successful rodeos under his belt and the 2016 Senior All-Around Cowboy title, it would be tempting for some young people to become overconfident. But, that’s just not Kadan. He does enjoy his moment in the sunny arena, sure. But, he still remains grounded in the humility Cal Farley’s has taught him over the years.

“I enjoy the thought of performing, and will compete to the best of my ability,” he said. “It makes me feel like I can show off my talents and love for what I do. But, most importantly, it’s about helping my fellow competitors embrace the spotlight.”

“Seeing how we all work together and not compete against each other, but with each other — that’s my favorite part,” Kadan explained.

His biggest strength, Kadan said, is the impact he can have on others to help them in their events. But, a strength can also be a challenge if not properly applied.

“My biggest struggle is trying to take too much into my hands,” Kadan admitted. “To fix it, I try to step back and listen to other people to understand more.”

Kadan dreams of earning a rodeo scholarship. After obtaining a degree in agribusiness, he hopes to one day own his own ranch. It is something he couldn’t have imagined prior to his stay with Cal Farley’s. Before coming to Boys Ranch, Kadan said he struggled to maintain a work ethic, and just barely got by in school.

“Coming here showed me how many opportunities I have,” Kadan said. “Cal Farley’s gives us opportunities that we wouldn’t have anywhere else, getting us out of our comfort zones to do our best.” 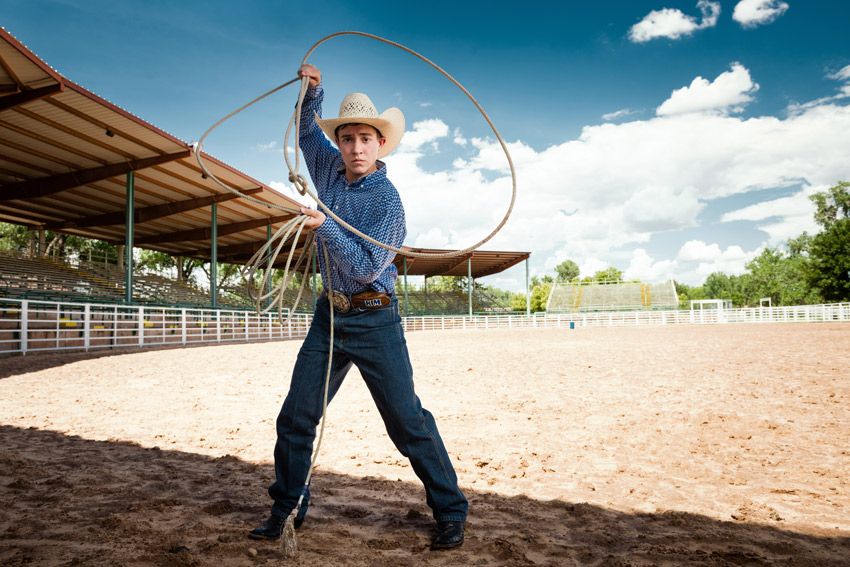 Kadan is thankful for the experience he has gained and the work ethic he has developed over his six years at Boys Ranch, and for helping him appreciate the cheers of his biggest fans, his family.

“My family has always backed me and showed up to all my rodeos,” he said. “It drives me to do my best.”

Doing his best – it’s a consistent theme in any discussion with Kadan. This young man has lofty goals for himself. He believes it’s his family and Cal Farley’s that have helped him instill that mindset.

“I would like to thank our supporters for always pushing me to do my best,” Kadan said. “Even when times get hard, you continue to help me strive to be my best ever.”

← Digital Arts group: From ideation to creation
Amaya gives her best effort, in rodeo and in life →