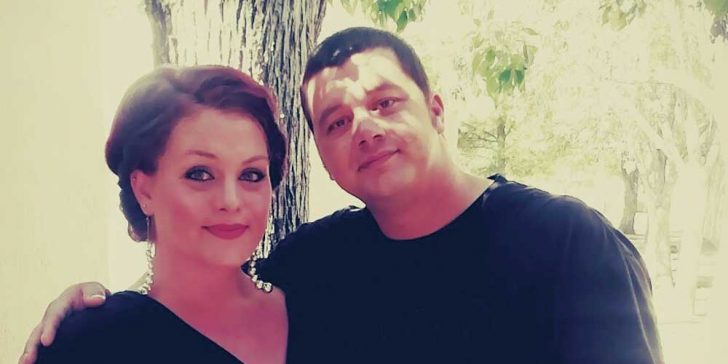 Some of Julie’s earliest and fondest memories are of times spent on ranches.

“(My grandfather) taught me to ride horses and work cattle, drive tractors and build fences,” she reminisced, thinking of the times she spent at her grandparents. “My background in agriculture started with him.”

While those early experiences instilled a passion for agriculture, it was at Boys Ranch where those interests were cultivated into a tangible path. And, today, they are merging into a career as she pursues a degree in animal and range sciences at New Mexico State University.

How Julie got to this point though, is just as important as why she needed Cal Farley’s help to begin with.

Julie never knew her father, who died when she was very young. She was raised by her mother, and they often moved (Julie remembers as many as 17 times) for her mother’s work. Julie’s mother frequently sought help from her parents to care for Julie when times got tough.

The times Julie spent living with her grandparents on the Oklahoma ranch where they worked offered her a stability that shielded her from much of her life’s chaos. Sadly, that stability would not last, as her grandfather, too, passed away, leaving Julie to struggle with the pain of his loss.

“My grandfather passed away in January of my eighth-grade year. It is something I don’t talk about much,” she said. “He was my role model and best friend.”

“
“If Cal Farley’s taught me anything, it was that I could do anything,” she said. “I’m just incredibly grateful for all that they did for me, because it helped me to be who I am today.”

With her grandfather gone, Julie quickly tired of the back-and-forth between her mother’s and grandmother’s homes. She and her mother fought as Julie struggled with issues of trust and emotional abandonment. Julie rebelled and her behavior grew increasingly worse. She began hanging out with the wrong people and sneaking out at night. The fights with her mother only escalated.

By the end of Julie’s eighth-grade year, she was living full-time with her grandmother, who had entered an assisted-living facility.

“That’s where it got really hard. I was … really angry,” Julie said.

But anger wasn’t Julie’s only issue. She was struggling in school, and now was being told she couldn’t continue staying at her grandmother’s assisted-living home.

Julie needed a solution. Julie’s teacher stepped in with a suggestion, Cal Farley’s.

At Cal Farley’s, Julie found healing. She learned to value herself and overcome her deep pain and anger.

“I struggled really badly with self-esteem and self-respect,” she said. “After being at (Cal Farley’s), that totally changed. It started with self-discipline that (developed) into self-esteem.”

Living at Cal Farley’s also let Julie return to her agricultural roots. She often helped out in the horse barn or horticulture area, and participated in the annual Boys Ranch Rodeo.

“I was always in the mix of whatever was going on the farm and ranch side of things,” she said.

Julie learned many skills, such as how to take care of or train large animals and facilities and land management. One of her favorite experiences was welding, at which she excelled, even above the boys in her class.

With a new attitude and some healthy determination, Julie’s grades improved and she graduated with many unforgettable memories and aspirations for a career in agriculture.

She married at a young age, though, and the birth of her children put that dream on hold, at least for a while. Years later, Julie’s children are now older and she’s again pursuing her degree, prepared with the skills she learned at Cal Farley’s.

“I know how happy (my grandfather) would be to see me getting my education in agriculture now,” she said.

Julie is determined to be the best role model she can to her three girls, showing them how much they can accomplish.

“If Cal Farley’s taught me anything, it was that I could do anything,” she said. “I’m just incredibly grateful for all that they did for me, because it helped me to be who I am today.”

← What is experiential learning?
Darnell is growing stronger →