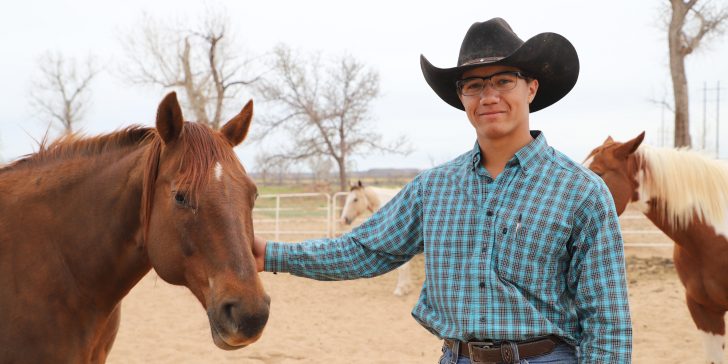 There’s an old train of thought about preachers’ children, which implies they are the most devious of all. We’ve all probably heard it. For Jordan, 15, being a pastor’s son has not been easy. There still are people who believe the stereotypes, after all, and that can cause real problems for a child.

For one thing, Jordan had a hard time fitting in at his Kansas school. This led him to become a follower. And, the crowd that was willing to let him tag along was, well, not a good group. Instead of being the influencer his friends and family might have wanted him to be, he was the one being influenced in an unhealthy direction.

“I was sneaking out of the house and doing crazy stuff,” Jordan said, embarrassed at the notion. “I was telling my parents I was going to be somewhere and going and getting drunk with friends instead. I was making bad decisions.”

All this, and he had not yet even started high school.

Jordan grew up knowing right from wrong, but peer pressure, especially in a small town where friends can be few and far between, got to him.

“I ended up getting caught with marijuana at school and I got expelled,” he said, adding, “I don’t even like marijuana. I just did it to fit in.” 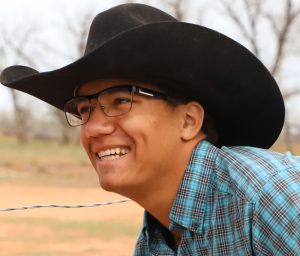 An upper classman had coerced him into buying, then carrying the drug in a backpack.

Jordan, along with his biological sister, were adopted at a very early age. Despite being given the best kind of love from his parents, Jordan’s tight curly hair, light olive skin and immaturity became objects of scorn for school bullies. As a result, he didn’t pay attention in school and often was scolded for horseplay. His lack of focus and impulsive behavior resulted in his being labeled, and receiving special-education services. As he got older, he was not teased about his ethnicity as much as he was taken advantage of due to his naivety.

Before coming to Boys Ranch, Jordan was one of only eight minority students at his high school. Sometimes, just for survival, he would bully someone back in a vain effort to fit in. He also had a tendency to lash out when he felt threatened or pushed.

Jordan’s parents first found out about Boys Ranch when his dad hired Joey Wells, a former houseparent, to serve as the youth director at the church he ministered. The two became fast friends.

“His dad called me numerous times,” recalled Wells. “I had told his dad a lot about Boys Ranch when I was working with him and he remembered those conversations and called me when things were going really downhill for Jordan.”

Wells had observed Jordan and knew he was struggling. His parents had reached out for help. Jordan was seeing a counselor and participating in some equine therapy. Jordan loved the horses, but scheduling issues didn’t allow for him to keep participating.

“His parents had shared with me that Jordan had reactive attachment disorder and I had seen a lot of success with children at Boys Ranch who had the same kind of issues,” Wells said. 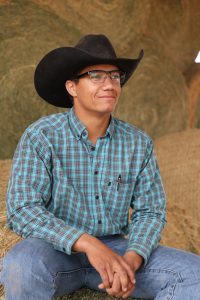 Reactive attachment disorder is a rare but serious condition in which an infant or young child doesn’t establish healthy attachments with parents or caregivers. Jordan’s being dropped off on a doorstep at 18 months of age certainly made this disorder understandable. He also was plagued with a mild anxiety disorder.

While his adoptive parents showered Jordan with love and affection, they also were often giving others this same kind of care. It’s just the nature of ministry work. Jordan, though, found his parents’ intense involvement in others’ lives somewhat confusing.

At Boys Ranch, this young man is no longer confused. He is involved in many activities, including wrestling, rodeo and Future Farmers of America. His Experiential Learning Program activity involves the upkeep of the horse barn, which means he’s with horses a good part of each day. Jordan said his life is changing for the better, every day. He’s busy. He’s involved. He’s maturing.

“The love and compassion that this place has for people is unbelievable,” Jordan said.

He believes his mom and dad did some things ‘really right,’ but he needed something different and he’s found it at Boys Ranch.

“I’m so much happier. When I go home to visit, people say, ‘Is that Jordan?’ My friends say they have seen a huge change in me.”