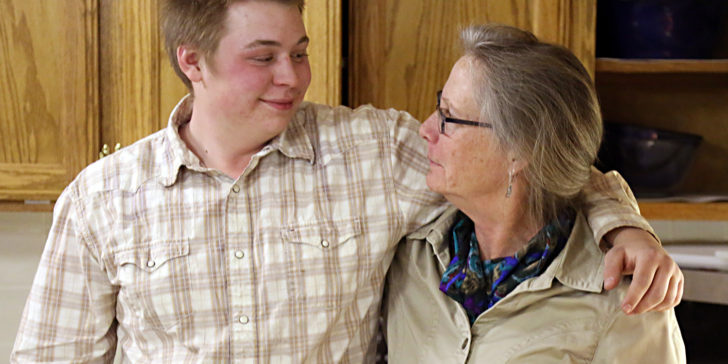 The bell clattered and a rush of students filled the hallway, each making their way to their next class. The crowd pushed and shoved, the shrill voices of bubbly girls occasionally heard over the unintelligible conversations. The smell of sweaty gym clothes mingled with the smell of someone’s bologna sandwich.

His crowded school was far from heaven for Jacolby, an outdoor enthusiast with a love of wide-open spaces. Just another face in a sea of young people, the only good thing Jacolby saw about his claustrophobic freshman year was the rush he got slipping out the door. And slip out he did. 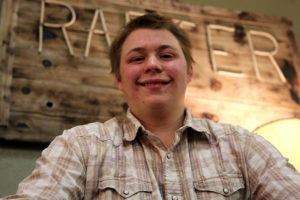 In fact, Jacolby skipped class all too often.

“I did the bare minimum, worked just enough to get by,” he admitted. “I was borderline failing all my classes.”

Jacolby discovered other teenagers with similar habits, teens his grandparents felt were not the best of influences. With friends who shared his view of school, Jacolby’s attitude only worsened.

Jacolby’s paternal grandparents had taken him in as a four-day-old baby. Between legal and substance-abuse issues, his parents were unable to care for him. While his grandparents hadn’t planned on becoming second-generation parents, they loved him unconditionally.

Jacolby’s father-son bond with his grandpa became especially close through the years. Time spent together outdoors, especially on hunting trips, solidified the connection. As a child, their close relationship meant Jacolby could discuss anything with his grandpa. But, now a teenager, no amount of discussion or discipline changed Jacolby’s attitude about school. Those monotonous high school halls paled in the face of outdoor adventures, something Jacolby now felt he lacked as the only child of aging caregivers.

“
Being at Boys Ranch saved my life. If I’d dropped out of school, like I was heading toward, I wouldn’t have anything.

Jacolby’s actions sparked understandable – and eerily familiar — tension in the household. His grandparents had seen it before with Jacolby’s father. The same choices Jacolby was now making had led his father to a very hard life. His grandparents refused to watch another son fall through the cracks.

“My granddad and I talked about how he didn’t want me to go out on those paths. He told me stories about how he had to go to school with my dad to make sure my dad was going to his classes,” Jacolby said, the memory of his behavior still painfully fresh. “He didn’t want to do that with me.”

Jacolby’s grandfather told him about Cal Farley’s Boys Ranch. He said Boys Ranch would give Jacolby the positive friendships he was missing, while still allowing him to enjoy outdoor activities.

Jacolby expected a strict, rigid disciplinary environment. What he found instead surprised him: caring house parents to greet him with open arms and help him settle in, much like his own grandparents. And, there were lots of children his age, happy and enjoying life.

“I expected it to be a whole lot different … everybody was so friendly,” Jacolby recalled. “Everybody was in such a positive mood so, I thought, ‘Why don’t I give it a chance?’” 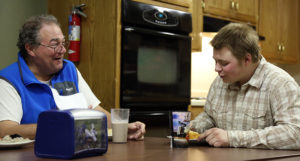 At Cal Farley’s, Jacolby doesn’t feel lost in the crowd. Here, he knows he belongs.

What’s more, he’s learning to balance the things he has to do with the things he wants to do. When he’s finished his school assignments, for example, he and his housemates can toss in a line at one of Boys Ranch’s fishing ponds. He rides horses. And, he chats about hunting with one of his house parents, with whom he feels a strong bond.

At Cal Farley’s Boys Ranch, the role of house parents, mentors and other adult staff is to model healthy lives for our youth, to gently help them become principled, contributing members of society.

“He got a new bicycle one year for Christmas, and he donated his old bicycle to the home for other boys to use,” she explained. “And, he recently made a donation to a family in Amarillo who lost their mother … He sees a need, and he steps up. He’s very generous.”

Touched by the story of a young man who lost his mother in a traffic accident, Jacolby joined his peers in taking up a collection for the family. Jacolby himself contributed $80, a tidy sum for most 16-year-olds.

Jacolby has come to realize the value of education, too.

“Being at Boys Ranch saved my life,” Jacolby said. “If I’d dropped out of school, like I was heading toward, I wouldn’t have anything.”

Through the relationships he’s developing with his mentors and house parents, the adventurous pastimes he’s enjoying and the experience he’s building, Cal Farley’s is helping free Jacolby to become the best version of himself he can be.

The role of house parents at Cal Farley’s Boys Ranch is a backbone of our programs. Because they live with the children, our house parents are important role models, teaching important life lessons and reinforcing core values. They come from many walks of life and represent a variety of age groups. House parents provide daily supervision for up to 12 children, creating a welcoming family atmosphere. Many Boys Ranch alumni remain close to their house parents long after they leave our care.