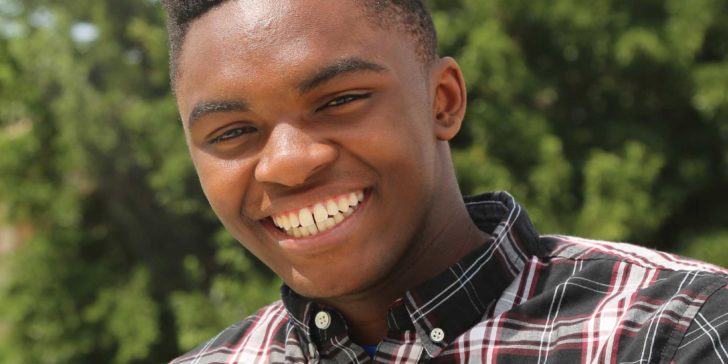 Jacoby stood alone outside, looking up at the stars.

As a horse whinnied in the distance, Jacoby leaned against the building’s chiseled rock facade. Inside the guest apartment, his mother was getting ready for bed. Soon he, too, would turn in. But, first, Jacoby needed to have an important conversation.

A conversation with God.

His first two days visiting Cal Farley’s Boys Ranch had been encouraging, downright enjoyable even. Jacoby knew he was here exploring whether or not to move him into Cal Farley’s care. He also knew his response to his parents’ deteriorating relationship hadn’t been the best. 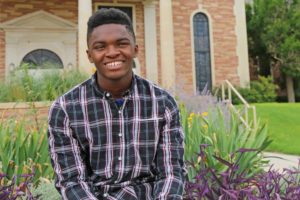 “I felt like I wasn’t getting as much attention, and I took it out by taking stuff, stealing, doing bad things when I didn’t get my way,” Jacoby remembered.

As a result, his mother began searching for someone to reach her son, to help him sort things out.

That part made sense to Jacoby. But, as enjoyable and encouraging as his first two days visiting Cal Farley’s Boys Ranch had been, there was something he didn’t understand.

This quiet, shy young man was used to going unseen and unheard. He lived his life in the shadows to whatever degree he could. And, he hadn’t expected the outpouring of warmth and attention he received from the adults and other children at Boys Ranch.

“I walked into the dining hall, met my house parents, and we ate lunch together.” Jacoby said. “A bunch of people came to our table. I didn’t feel like I was that important, but to them, I was. It felt really good.”

Yes, it felt good to have all that attention. It felt like everyone at Boys Ranch was excited to see Jacoby and make him feel right at home.

Yet, he also knew his own nature. Could a shy young man really make a home for himself at Boys Ranch?

A voice of comfort

So, Jacoby stood alone in the cool evening breeze, going over his Boys Ranch visit again and again in his mind.

Inside himself, a calm, reassuring voice whispered:

Jacoby had had a relationship with Jesus for a number of years. Despite his life’s ups and downs, he’d always clung to that faith.

In the weeks that followed, Jacoby settled in at Boys Ranch. An athletic young man, he was drawn to playing sports, both in and out of school.

“I don’t have a favorite sport, I like them all. Playing gives me more experience than watching,” he confirmed.

Jacoby has picked up much more than experience by participating in sports like baseball or football, though. He’s developed important relationships, and gained a valuable understanding of the importance of teamwork.

The learning and self-discovery youth achieve at Boys Ranch, though, isn’t accomplished in a vacuum. Seldom does just one program or activity help one of our youth make vital changes to his or her life. And, that was true for Jacoby, too.

While he enjoyed the camaraderie of his athletic activities, it was the addition of another connection that helped him bring into focus the trust he was asked for prior to coming to Boys Ranch.

“
God is there, I have to trust Him. He will always be there for me.

In one of his many conversations with a Cal Farley’s “Iona” chapel intern, Jacoby found himself presented with an opportunity that was as exciting as it was formidable. Jacoby learned the chapel praise band was in need of a drummer, and they hoped Jacoby would lend his talents.

“I debated on it for the longest time,” Jacoby said. “Then, there was one moment when I thought, ‘It’s either now or never.’”

A step of faith

Jacoby was feeling the nudge beyond his comfort zone. The thought of sharing his musical talents with the entire Boys Ranch community each week at chapel was daunting. Yet, he was also keenly aware of his own need to live beyond his fear of interacting with others.

It’s the only way. When I grow up, I can’t live my life avoiding everyone, he thought. 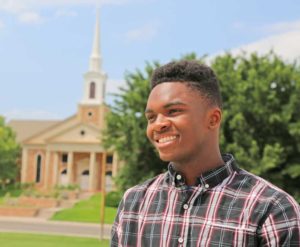 Despite his concerns, Jacoby agreed. Playing in the praise band meant more than just playing music each week. Youth like Jacoby, who volunteer to lead their peers in worship, are asked to commit to a regular regimen of discipleship and study in addition to their weekly rehearsals.

“The first time I played, my hands were shaking,” he smiled.

Jacoby played very well, and he quickly realized the key to calming his fears — keeping his focus right where it belongs.

It’s been about six months since Jacoby stepped out of his comfort zone to join the praise band. He’s more comfortable now than ever being onstage, leading his peers in worship.

“It’s something I never thought I’d be doing, but it’s been amazing,” Jacoby said.

The daily interactions in Jacoby’s Boys Ranch life — talking with his house parents, building new friendships with his peers, developing camaraderie on the basketball court and worshipping together with his bandmates — have worked together to lay a new foundation for Jacoby’s relationships.

Jacoby still remembers that nighttime prayer, too, and the simple instruction to trust that followed. He’s done his best to trust God’s direction, to trust that his time at Boys Ranch will help him become a better man.

And, Jacoby believes that trust is already paying off.

“God is there, I have to trust Him,” Jacoby said. “He will always be there for me.”

← Sean: Running with purpose
Seth found himself in unfamiliar waters →