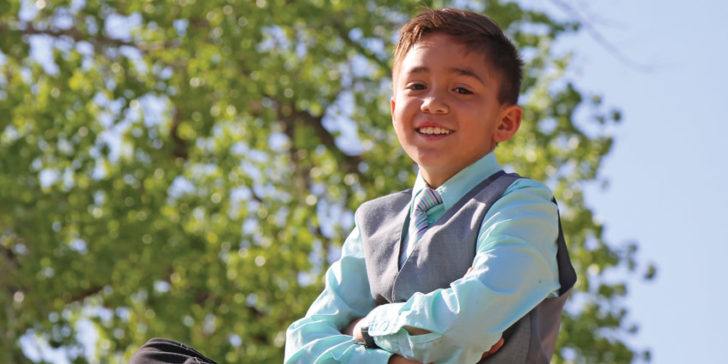 “I would ask my mom, ‘Am I adopted? Am I adopted?’ I didn’t know if my dad or my mom was my real parent,” Carter remembers.

Carter has never met his birth father. He has a mother and a step-father, the only father figure he has ever known. Yet, somehow, Carter was confused about how he fit into the family. Things just sometimes felt out of place.

When Carter was 3 years old, his parents welcomed a new baby brother into the family. The natural upheaval of this new addition changed Carter’s day-to-day life and worsened his insecurities. His natural need for this belonging, this security, became more acute.

Years of Carter acting out followed, and the stakes only rose as he grew older. He began to steal, lie and manipulate; he even took to sneaking out of the house without permission, all before the age of nine. Carter described himself as being “crazy” — full of energy, quick to anger, rash and destructive in behavior, disobedient toward his mother, and aggressive toward his brother.

“Sometimes we’d fight. I’ve hurt him. He’s hurt me,” Carter recalled, before adding the benefit of a more recent perspective: “But it won’t change our relationship.”

Carter understood his actions were wrong, even once telling his mother, “Mommy, sorry I am such a bad child.” 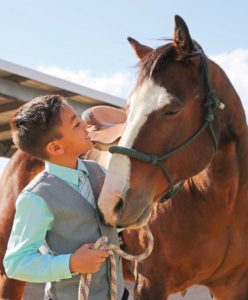 But, neither he nor his mother knew how to develop positive behavior or address the underlying issues spurring his actions. They tried what his mother called “laugh therapy.” They’d make up stories together and laugh about them. They went on long walks together in the park to help Carter calm down. But, these tactics fell short.

As hard times fell upon their family, Carter’s family lost their home. They moved from rental to rental, and Carter from school to school; one place they lived didn’t even have running water. Carter’s mother was at a loss as to how to care for her sons physically, much less emotionally. So, when a friend recommended Cal Farley’s, she knew they would be taken care of.

“If I wasn’t here at Boys Ranch, I would still be really, really crazy,” Carter admitted. “I’ve learned a lot of stuff from Boys Ranch and how we do stuff here.”

Carter, 10, and his brother, Casey, live together in Fischer Home at Boys Ranch. Placing siblings in the same household on campus isn’t always the norm at Boys Ranch. Often, in situations where multiple children from one family seek placement at Cal Farley’s, one sibling has taken over a caregiver role for the other (it’s called parentification). We work with siblings to help them establish that each is safe in our care. They often live in separate homes so each can focus on his or her emotional needs without feeling they need to care for or be cared for by the other. But, for Carter, who needed to see his brother as a permanent, and positive, part of his life, having his brother under the same roof was just the right call.

“When he wasn’t here … I played with other kids, and I just wished my little brother was here,” Carter said. “Then he came and it was nice.”

At Cal Farley’s, everything is done intentionally. Through appropriate levels of supervision, consistently meeting each child’s needs and providing positive opportunities to learn, we create a physically and emotionally safe place for our children to grow. Through regular counseling sessions, Carter is learning to unpack years of emotional insecurity. By learning to live peaceably with his brother, he is developing ways to cope with the sibling he once perceived as a threat.

And, by attending weekly chapel and devotionals, he’s realizing that no matter what, he is safe in God’s love.

“God won’t ever leave my side. He’ll always keep a shield around me,” Carter said. “It’s one of the reasons I feel safe here.”

← LaMonteé: For the best
Anna: No more chains →