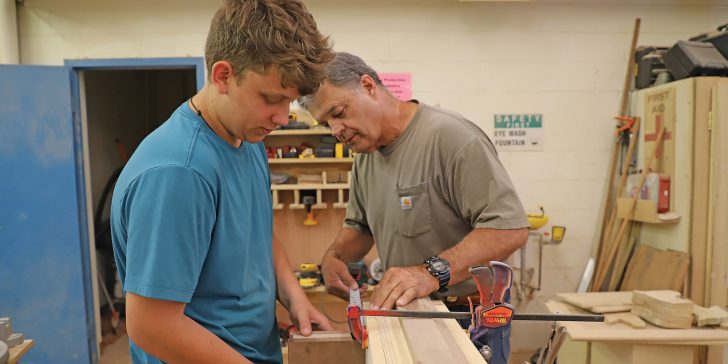 Hardship can be a springboard to a bright future

“I always got there early, and I couldn’t wait to leave,” Adrian, 18, said with a chuckle.

He’s talking about his first year at Boys Ranch, when his first class after lunch was woodshop.

“I would show up early to class because, that way, I didn’t have to make friends,” he said. “I was running away from kids my own age.”

It was indeed odd Adrian was giving up social time, a highlight of the day for most of our adolescents! Adrian’s past, however, had taught him to associate social time with being bullied.

Adrian arrived at Boys Ranch in 2016 at age 14, timid and weighing less than 90 pounds.

Now in the safety of Boys Ranch, Adrian said his woodshop teacher noticed his early arrival pattern and started giving him small tasks to do.

“Everyone has to start with the basic stuff,” Adrian laughed. “But, I did it and then he started letting me do more things.”

Of all the mentors he has at Boys Ranch, Adrian says this quiet man with a gentle spirit is at the top of his list. In the years since coming to Boys Ranch, Industrial Design Coordinator James Langham has taught Adrian at least as much about life as about woodworking. Adrian continues to work alongside him in the shop in the Experiential Learning Program.

Getting to work with Langham wasn’t a given. Adrian applied to earn his spot, a process similar to what he’ll face one day in applying for a full-time job. 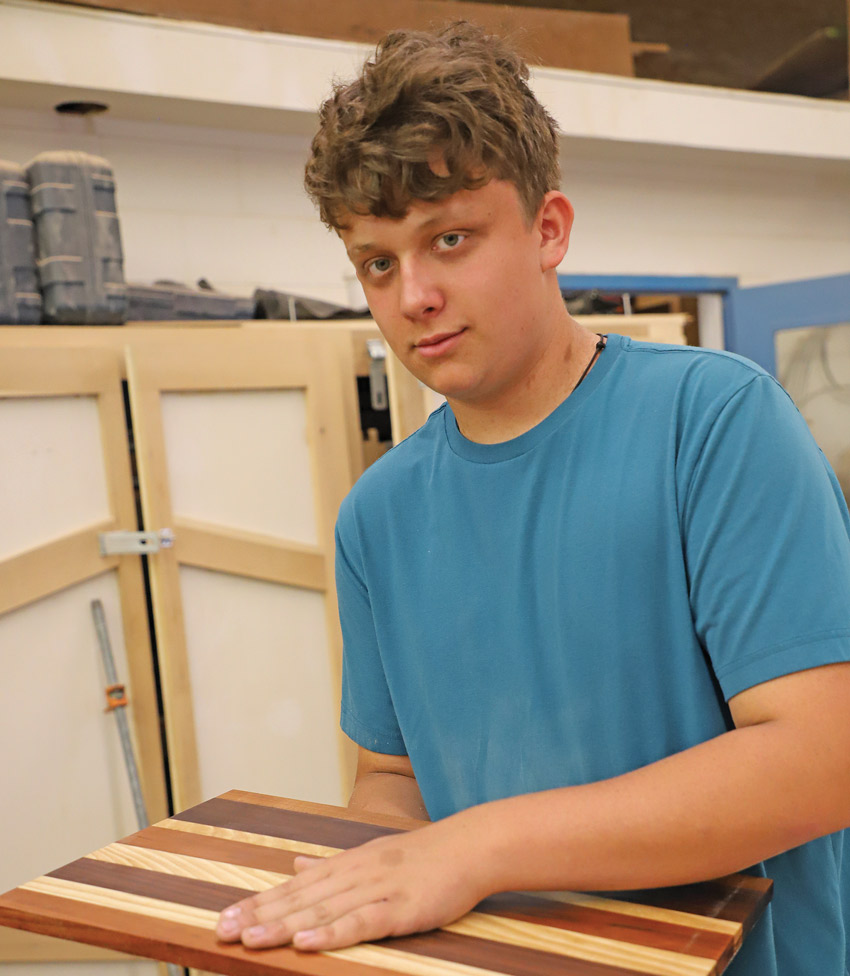 For his part, Langham, too, said Adrian has come far.

“He has become sure of himself, which is a far cry from when he started. He would tell me he couldn’t do this or that, couldn’t make a certain cut. Now that he’s done it over and over, he realizes he can.”

Adrian also realizes he enjoys working with his hands.

“I like taking something that is just wood and shaping it, cutting it, making it into something beautiful.”

This now tall and fit young man, quick with his yes ma’ams and no sirs, sees a similarity between himself and unfinished wood. He may have been a scrawny sapling, but he’s growing into tall, strong timber. Adrian’s keen self-awareness and great sense of humor give him a mental flexibility to bend one direction or another if he needs to.

Adrian’s childhood was rough. His parents divorced when he was five; his dad disappeared two years later.

“I think the lowest point in my life was not understanding or being able to do anything about the way my father acted,” Adrian said.

One-on-one counseling programs at Boys Ranch have helped Adrian tremendously as he works to put his past into perspective.

“I let myself grieve. I don’t bottle it up. Once I’m done, I’m over it. I’m not going to be the man my father was,” Adrian said with confidence. “When I was young, I didn’t understand that what he did wasn’t correct. But, I’ve processed it now. Counseling has helped me with it.”

Within a year of being on ranch, Adrian grew a foot taller and gained 100 pounds. He is so thankful for the opportunities he’s found and the people who have come into his life since his arrival. He’s had plenty to eat and been able to try sports, something he would have never done before. He’s made positive connections with the youth and adults around him. Most importantly, he says he’s learned his self-worth.

Adrian plans to apply for the United States Naval Academy in Annapolis, Md., and hopes to become an elite diver.

Through the confidence he’s acquired at Boys Ranch, Adrian is ready to do whatever it takes to create the wonderful future he deserves.

“This place has given me more than I could have ever hoped for,” Adrian said.

← Live the Brand: Help your child process grief
Marcelo: Loving the family that chose him →