Cal Farley’s is a nonprofit 501(c)(3) corporation organized under the laws of the State of Texas. Members of the Cal Farley’s board of directors volunteer their time, talents, leadership and prayers on behalf of the children and families whose lives Cal Farley’s transforms every day.

Mr. Adams has served as the president and CEO of Cal Farley’s and the Cal Farley’s Boys Ranch Foundation since 2004. His life experiences, education and 35-year career in social services have been about mission-focused work with youth and families. Mr. Adams holds a Master of Science in Social Work degree from the University of Texas. He received a Master of Business Administration degree from West Texas A&M University, and Bachelor of Science from Southwest Texas State University. In 2009, he received the Charles I. Wright Distinguished Alumni Award from the University of Texas School of Social Work. Mr. Adams is also the past president of the Texas Center for Child and Family Studies and has participated in various state and national initiatives related to child welfare.

Mr. Strother oversees Cal Farley’s programs and operations which includes the corporate functions of finance, information technology and human resources along with all programs including Boys Ranch, Community Engagement and CF Learning. He holds a master’s degree in education, a bachelor’s degree in business administration and is a licensed child care administrator. Before joining Cal Farley’s in 2002, he worked with other Texas social-service organizations including the Methodist Home in Waco and the Lee and Beulah Moor Children’s Home in El Paso. Mr. Strother serves as a board member for the Boys Ranch Independent School District, The International Child and Youth Care Network and Association of Children’s Residential Centers. Mark has been married more than 25 years and has four children and five grandchildren.

Ms. Maikoetter is Cal Farley’s Boys Ranch senior program officer and a Child Trauma Academy fellow. She has been working in a variety of childcare settings for almost 20 years. She is a nationally certified licensed professional counselor – supervisor, and has received training in equine-assisted psychotherapy and eye movement desensitization and reprocessing. 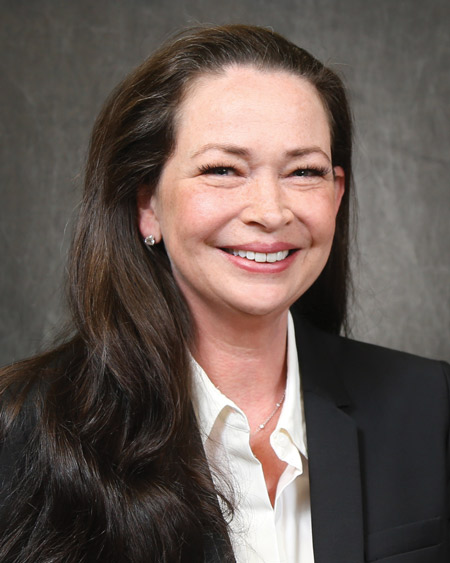 A fourth-generation Amarillo native, Ms. Kritser-Howard has spent the last 15 years in human resources for national companies based in Denver and Amarillo.

She received her SPHR and SHRM-SPC certifications from the nation’s top two recognized accrediting bodies of human resources professionals. Her work has covered the scope of challenges in HR, and she has had senior roles in organizational and strategic planning initiatives. Ms. Kritser-Howard has developed operational synergy with outside legal and related professionals working with the Boys Ranch executive team.

Ms. Kritser-Howard and her husband, Scott, share a home with their two German Shepherd dogs and two Bengal cats. She has been active in the community and local charitable organizations for the past 14 years.